by RajKumar | May 22, 2021 | Harvey Milk Day, Important Days in May, International Days 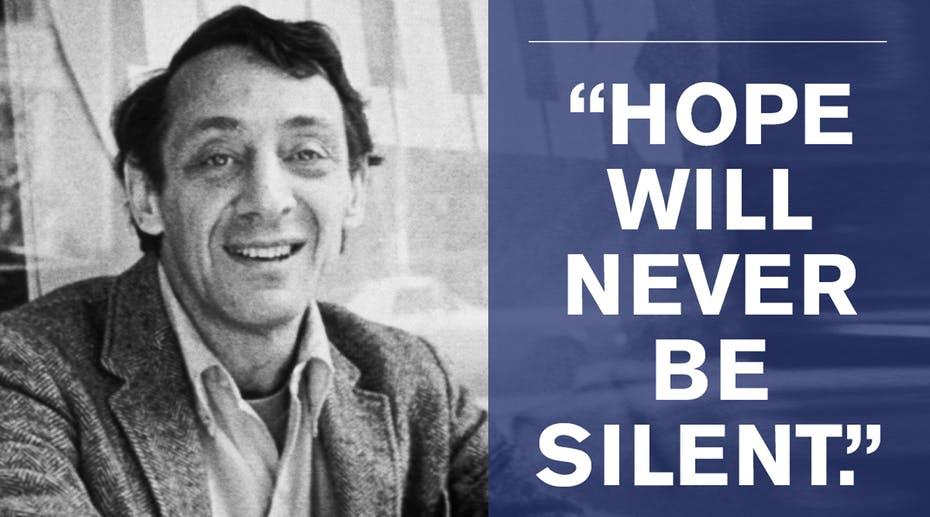 “All over the country, they’re reading about me, and the story doesn’t center on me being gay. It’s just about a gay person who is doing his job.” – Harvey Milk

On October 11, 2009, Californian Governor Arnold Schwarzenegger established the Harvey Milk Day to be held as an important observance on May 22, which is Milk’s birthday. The day is marked as a particular day of significance in schools across the United States of America. Harvey Milk was the first gay person to be elected to public office in California (A major city in the U.S), serving on the San Francisco Board of Supervisors during 1977-78. The Political career and life of Harvey Milk embody the rise of the LGBT (Lesbian, gay, bisexual, and transgender) civil rights movement. In the office, he worked to pass the gay rights ordinance and defeat Proposition 6, generally known as Briggs Initiative, which banned the gays and lesbian guys from teaching in public schools. Harvey Milk encouraged the LGBT people to be visible in modern society and believed in creating social equality. In 1978, Dan white, the former colleague on the Board of Supervisors whose politics often clashed with the policy of Harvey Milk, assassinated Milk.

Other Celebrations on May 22

May 22 is also celebrated as

Celebrating the day is quite easy and very simple to remember. Several schools and educational institutions in California will conduct some commemorative projects, activities, and events to honor the efforts made by Harvey Milk. Statements like equal rights will be promoted on this day. Harvey Milk Foundation will organize a series of worldwide events to commemorate Harvey Milk Day. You can participate in those events. To express your feelings on social media about the day, you can use the hashtag #HarveyMilkDay.

Thank you for reading the post. Celebrate every day with Happydays365.org and Happy Harvey Milk Day 2021.