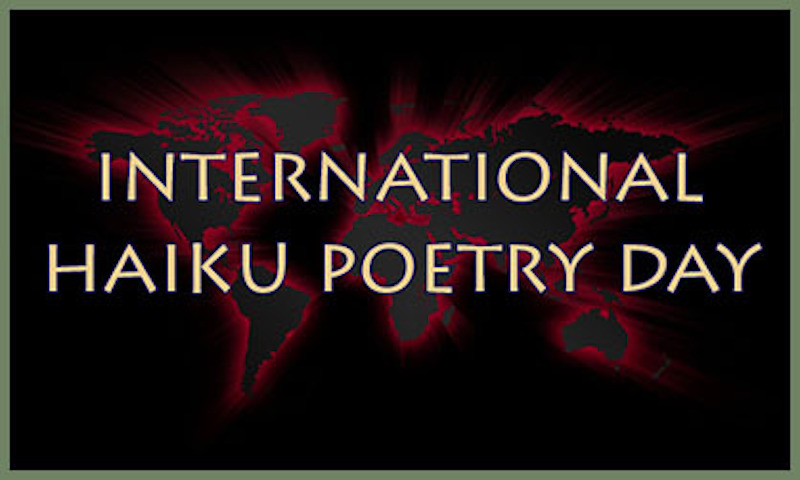 International Haiku Poetry day is celebrated around the world on 17th April of every year. Haiku is a concise form of Japanese poetry. Three qualities typically characterise it, and it is often represented by the contrast of two images or ideas and is separated by verbal punctuation mark and colours. Traditional haiku consist of 17 syllables, in which three phrases arranged 5, 7, and 5 on, respectively; the third quality is seasonal reference usually as an extensive but only defined list of terms are used. Haiku as a poetry genre has been adopted by many languages around the world. In Japanese, haiku are traditionally issued in a single vertical line while haiku in English often appear in three lines parallel to the three phrases of Japanese haiku. Modern Japanese haiku are increasing to take nature as their subject.

“I guess haiku is an inspiration for me. Everyday, simple moments.” – Misha Collins

International Haiku Poetry Day was initiated as a project of The Haiku Foundation in 2012 and registered by Sari Grandstaff which occurs in the heart of the United States’ celebration of National Poetry Month. Traditionally haiku was called hokku, and the modern name haiku was given by the Japanese writer Masaoka Shiki in the 19th century. Renga or renku consist of an orthodox collaborative linked poem, and its opening stanza is called hokku. By the time of Matsuo Basho (1644–1694), the hokku had begun to appear as an independent poem and was also incorporated in haibun which was a combination of prose and hokku, and haiga which was a combination of painting with hokku.

Anyone can observe International Haiku Poetry Day by attempting to write a haiku poetry. Haiku is considered to be a way of living and experiences as a reliever from many life blocks, so it is essential for everyone to try writing one haiku poetry on this day. Few collections of short films, created by individual poets, groups, and organisations, celebrates the diversity of haiku around the world. The heart of haiku day is meeting with fellow poets to read, write, and share poetry together, often in the context of a nature walk. The Haiku Foundation encourages public events, including readings, exhibitions and competitions. One can also spend some time on reading haiku and its history on this day. Post pictures and share your thoughts on social media about International Haiku Poetry Day by using the hashtag #HaikuPoetryDay.

Thank you for reading the post. You can celebrate every day with Happydays365.org and Happy International Haiku Poetry Day 2021.