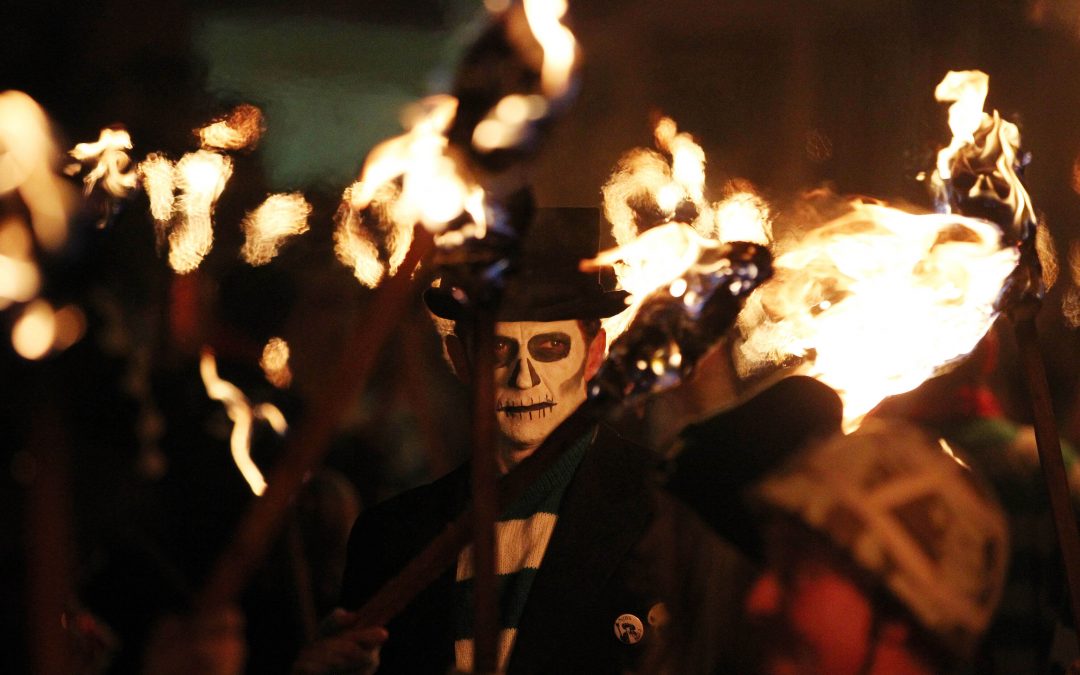 Guy Fawkes Day or Guy Fawkes Night is celebrated on November 5 of every year. It is also known as Bonfire Night and Firework Night. It is celebrated mostly in Great Britain. Guy Fawkes Night marks the anniversary of the invention of a plot formed by Catholic conspirators to blow up the Houses of Parliament at London in 1605. Peoples in Great Britain celebrates this day by lighting the bonfires and setting off the fireworks.

Guy Fawkes Day is celebrated to remember the Gunpowder Plot of the year 1605, which was created to kill King James I and destroy the English Parliament. One of the main associates of the Gunpowder plot was Guy Fawkes, after which Guy Fawkes Day was marked. The Catholics in Great Britain had become frustrated with the harsh attitude shown by the people and the government towards their religion in the 17th century. The Gunpowder Plot was intended to be the beginning of the Catholic uprising. About 36 barrels of gunpowder were saved in the House of Lords which were coated with iron bars and firewood. However, the conspiracy was revealed by the secret letter to Lord Monteagle, who was prompted not to visit the Parliament on that day. The letter saw an extensive hunt for the perpetrators and Guy Fawkes was finally caught on the day, with some others held, and some killed too. Then the people of Great Britain were happy that their King was saved and it was observed with the lighting of firecrackers and bonfires, which led to the formation of this day.

Other Celebrations on November 5

November 5 is also celebrated as

How to Celebrate Guy Fawkes Day

The celebration of Bonfire Night includes the show of fireworks and bonfires. Unlike the 18-19th century, the celebrations of Guy Fawkes night were largely reduced. However, some parts of Great Britain still conventionally commemorate the day. People run after each other on the streets with kit tar barrels while the images of Guy Fawkes will be burnt in certain parts. Bonfires hold the major part of the celebrations with the greatest one being in Lewes, England. Thousands of people will throng the streets at night in Lewes in front of a giant bonfire to honour the Guy Fawkes Day. In Lewes, the Guy Fawkes Night is also celebrated in memory of the Protestant Martyrs who laid down their lives during the Marian Persecutions. Share your celebrations and thoughts about the day on social media by using the hashtag #GuyFawkesDay or #GuyFawkesNight.

Thank you for reading the post. You can celebrate every day with Happydays365.org and Happy Guy Fawkes Day 2020.