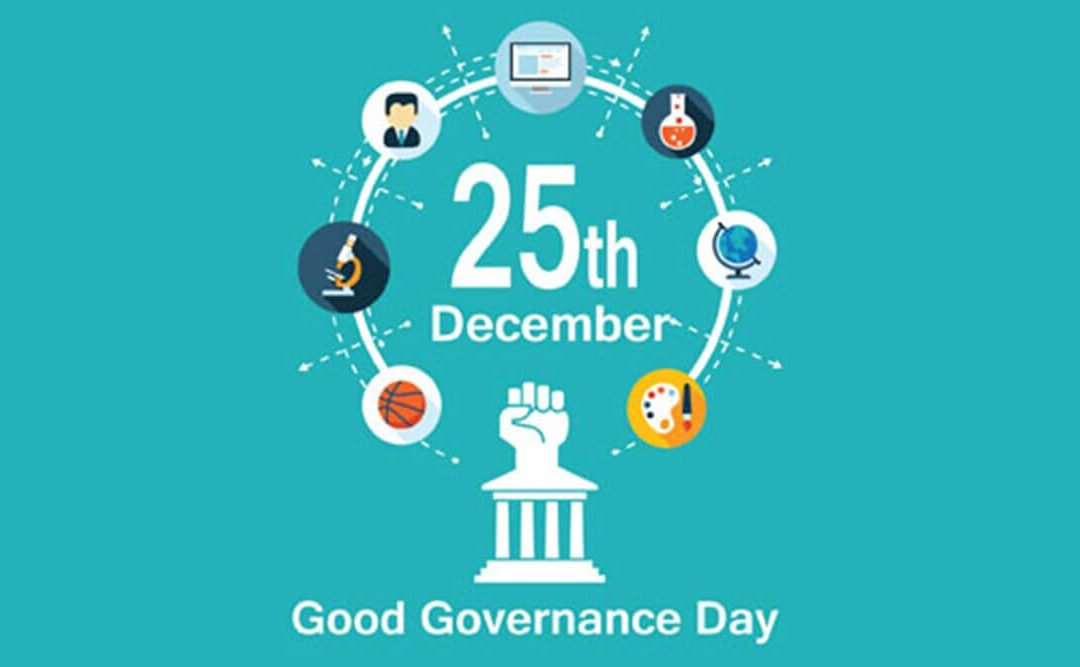 Good Governance Day is an annual celebration in India commemorated on December 25th of every year. A nation’s development what sort of government is functioning. For a developing nation like India Government is the foremost requirement for making everything to become a developed nation. Once in five years, the ruling party changes, and with which the current party has brought this Good Governance Day. It has been celebrated to honor Atal Bihari Vajpayee, the former Prime Minister of India on his birth anniversary.

“Good governance with good intentions is the hallmark of our government. Implementation with integrity is our core passion.” – Narendra Modi

The Good Governance Day has been celebrated in India since 2014. It is celebrated on the birth anniversary of Atal Bihari Vajpayee, former Prime Minister of India as to honor him. The Day was established by the Prime Minister Narendra Modi. On 23 December 2014, the then ninety-year-old former Prime Minister Atal Bihari Vajpayee was announced as a recipient of the Bharat Ratna, India’s highest civilian award for merit by Indian President Pranab Mukherjee. Following this event, the Prime Minister has announced this celebration Day. It was established to promote awareness among the Indian people of accountability in the government. With this commemoration, people are encouraged to know proper knowledge about the rules and regulations made by the Government of India.

“Good governance” is a concept that often emerges as a model to compare ineffective economies or political bodies with viable economies and political bodies. The Day was first announced by the Department of Electronics and Information Technology of the Indian government. The Government of India has decreed this Day to be a working day for the government. It is important to know about the people’s rules to live a better life, and this is the reason to observe such a Day throughout the country. It is possible to attain the whole of development only when the people’s rights are known to them. This Day has been created in such a way to let people know their rights, the rules of the government, and other such government-related information.

Other Celebrations on December 25

December 25 is also celebrated as

How to Celebrate Good Governance Day

It is the best Day to know about the rules and rights you possess. Indulge in the events and activities conducted by the government bodies to celebrate this Day. Encourage your children to actively participate in competitions like essay writing, group discussion, debates, quiz competitions, and more. Let people around you know about their rights and the rules of the government in detail. Share your celebration moments on social media using the hashtag #GoodGovernanceDay.

Thank you for reading the post. You can celebrate every day with Happydays365.org and Happy Good Governance Day 2020.