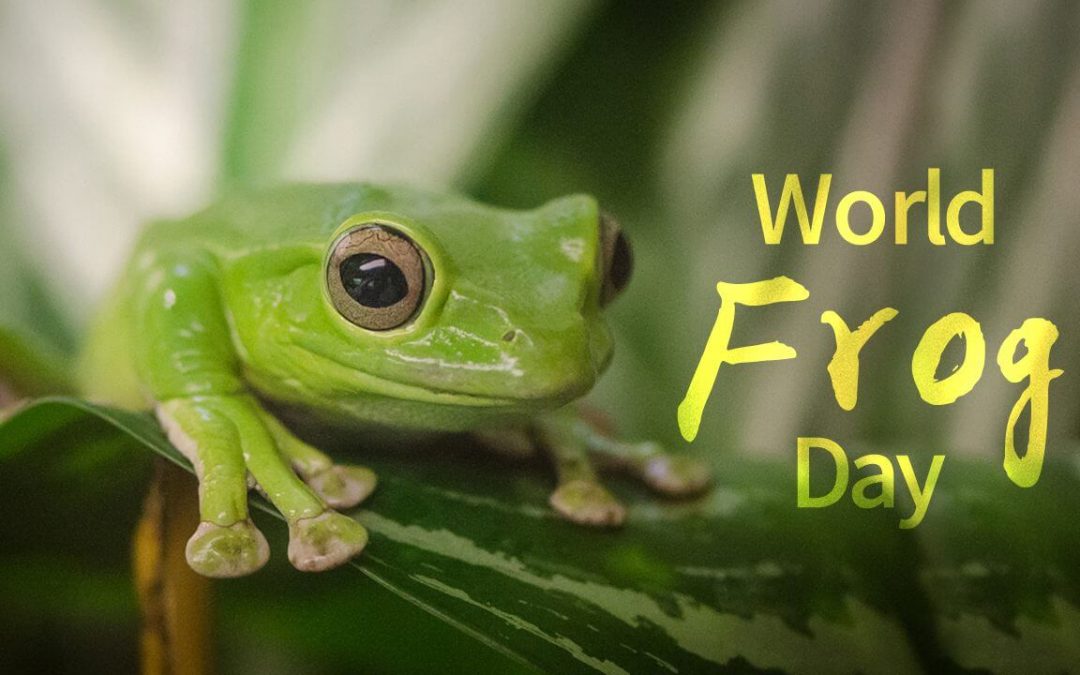 World Frog Day is an annual observance celebrated on March 20th. Unlike other animals, not all of us love frogs obviously with their look, appearance, and especially the croak-croak sound. They are most often tiny, short-bodied creatures and will make us shrink the face. Frogs are amphibian creatures found both on land and water. They are found to be the predators and are playing a vital role in maintaining the environment throughout its lifetime. But in the recent years, frogs have been threatened with extinction for numerous reason. World Frog Day is an awareness Day celebrated in a way to save these living creatures from any further plight and to provide them with a safer environment to survive.

“I’d kiss a frog even if there was no promise of a Prince Charming popping out of it. I love frogs.” – Cameron Diaz

The World Frog Day has been in celebration since the year 2009. There is no exact mention of the person or the organization who has come up with this awareness Day. The Day is created with an intention to save the different varieties of frogs from being extinct. Frogs are tailless amphibians whose origin dates back to nearly 256 million years ago. They have been valued as food by the humans and also have many cultural roles including literature, symbolism, and religion.There were approximately about 6,000 known species of frog found in which 4,800 recorded frog types found worldwide except Antartica. But in the past decade, approximately 170 species of frogs have become extinct. The reason for its decrease in the population varies as they are dying out due to both human activity and fungal infections.

Since the 1950s, frog populations have been declined significantly, and about one-third of the world’s species are found to be threatened with extinction. Whereas since the 1980s, over one hundred and twenty species are believed to have become extinct. The decline in the population of frogs has been attributed to emerging fungal disease, habitat destruction and modification, pollution, climate change, pesticide use, and more. More notably all these led to a rise in the number of malformations among frogs. In the recent years, World Frog Day is considered to be the world’s largest day for amphibian education and conservation action. People and various organizations are using this awareness Day to focus on the universal decline in the population of amphibians in the locations across the world.

Numerous conservation biologists are actively working from all over the worlds to find and understand the causes of these problems and the ways to resolve them. Frogs of one species or another can be seen on every continent, except Antarctica. Frogs are tailless amphibians of the order Anura. They are widely distributed, ranging from the tropics to the subarctic regions, but the greatest concentration of species diversity is in tropical rainforests. The oldest fossil of the “proto-frog” had appeared in the early Triassic of Madagascar. However, the molecular clock dating suggests the origin of the frog might extend further back to the Permian and is approximately 265 million years ago.

Other Celebrations on March 20

March 20 is also celebrated as

How to Celebrate World Frog Day

Celebrating World Frog Day is quite simple. Get to know about the frogs, their, habitats, types, and their ecological roles in detail. Raise awareness about the decline in frog population and the importance of saving them among the community. Ask them to protect this incredible creature rather than killing them. Help in bring some environmental changes such as reducing pollution, pesticide usages to prevent them from being killed as they are the major threats to the frogs. Share your views about the Frogs and Frog Day on social media using the hashtag #WorldFrogDay.

Thank you for reading the post. You can celebrate every day with Happydays365.org and Happy World Frog Day 2021.