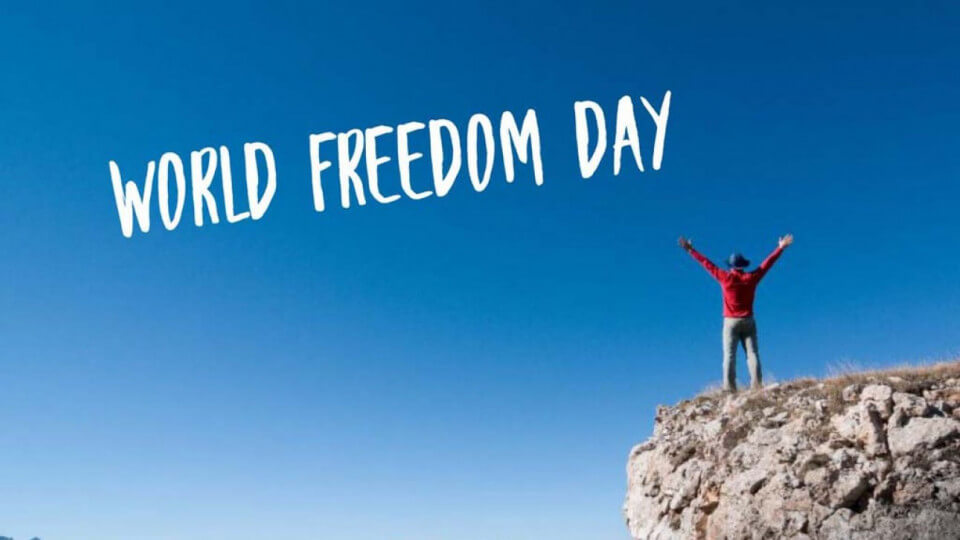 “Happiness is being content with what you have, living in freedom and liberty, having a good family life and good friends.” – Divyanka Tripathi

In 2001, President George W.Bush created World Freedom Day as a United States federal observance to mark the fall of the Berlin Wall the Soviet Union and global communism. The day reminds the people that the victory over tyranny came without bloodshed, without loss of life, without marching armies and nuclear fallout. Every World Freedom Day will indicate the future tyrants that there is no future for tyranny. The Fall of the Berlin Wall on November 9, 1989, is the turning point of the cold war and an important landmark in the victory over tyranny. The Berlin Wall stands as the main symbol for the separation of free people and those who live under dictatorships. Conservative groups like College Republicans and the Young America Foundation encourages the students to honor the day via activism projects and flyer campaigns. On the other hand, commentators and political activists take this day as an opportunity to recognize President Ronald Reagan as one of the main personalities in the collapse of the Soviet Union and the end of the cold war.

Other Celebrations on November 9

November 9 is also celebrated as

There are several ways to celebrate this day. Take this day as an opportunity to read some information about Ronald Reagan. The Cold War was a time of tension and uncertainty for the West and misery and destruction for the East, so taking the time to find out a bit more about the people that helped put an end to all of this is the perfect way to celebrate this day. Share your thoughts on social media’s about the day by using the hashtag #WorldFreedomDay.

Thank you for reading the post. You can celebrate every day with Happydays365.org and Happy World Freedom Day 2020.