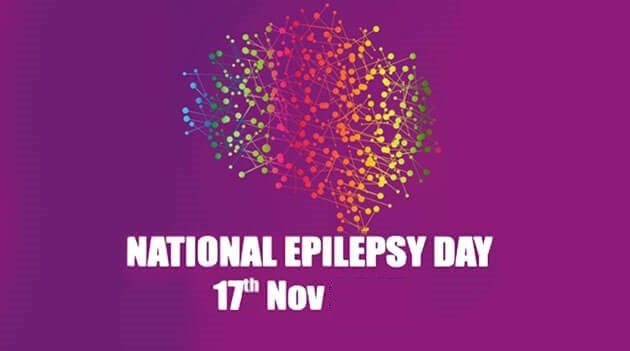 National Epilepsy Day is an annual awareness day observed on November 17th of every year. Several diseases emerge day by day and Epilepsy is one among them. Epilepsy is a chronic neurological disorder in the brain characterized by the recurrent ‘seizures’ or ‘fits.’ It is found that one in ten people will experience at least one seizure during a lifetime. A single seizure is not epilepsy whereas it is a condition that is defined by multiple seizures. National Epilepsy Day is an awareness Day celebrated to make people realize that it is a curable disease and raise awareness about Epilepsy, its symptoms, and treatment.

“The doctor gave me several warnings: Never tell anyone unless necessary, because I might be ostracized. Call it ‘seizure disorder,’ not epilepsy, because fewer people would be frightened. Try to choose a profession as free from stress as possible.” – Kurt Eichenwald

The Epilepsy Foundation established the National Epilepsy Day. It is an awareness Day created to educate the people to know the facts of epilepsy, the need for improved treatment, better care, and more significant investment in the research. The mission of the Epilepsy Foundation is to lead the fight to overcome the challenges of living with epilepsy disease thereby accelerating therapies to stop the seizures, find cures, and save lives. Epilepsy is a group of neurological disorders that are characterized by epileptic seizures. As a result of the sudden and excessive electrical discharges in the neurons or brain cells, the seizures are caused. When multiple seizures occur in the brain, then it is called as the Epilepsy.

Seizures are often brought on by factors like stress, alcohol abuse, lack of sleep, or flickering light, among others. The seizures occur as the consequence of excessive and abnormal nerve cell activity in the cortex of the brain. The cause of the most cases of epilepsy is unknown. The brain injury, stroke, brain tumors, infections of the brain, and congenital disabilities are some of the reason for the occurrence of Epilepsy. The most cases of Epilepsy are not preventable, but it can be usually treated and controlled.

Epilepsy is the disorder of the brain defined as at least two unprovoked seizures occurring greater than 24 hours apart. The disease can be confirmed with an electroencephalogram (EEG). The World Health Organization (WHO) states that about 50 million people have epilepsy from across the world. And about 80 percent of the affected people are living in developing countries. About three-fourths of the affected people do not receive the required treatment in developing countries.

Other Celebrations on November 17

November 17 is also celebrated as

How to Celebrate National Epilepsy Day

Celebrating the National Epilepsy Day is quite simple. Get to know about the Epilepsy, its symptoms, and the treatments. Ask the people who have had epilepsy to talk about their views about the disease, and signs. Raise awareness among people about this controllable illness and let them know about epilepsy in better. Share your opinions and thoughts about epilepsy on the social media using the hashtag #EpilepsyDay.

Thank you for reading the post. You can celebrate every day with Happydays365.org and Happy National Epilepsy Day 2020.