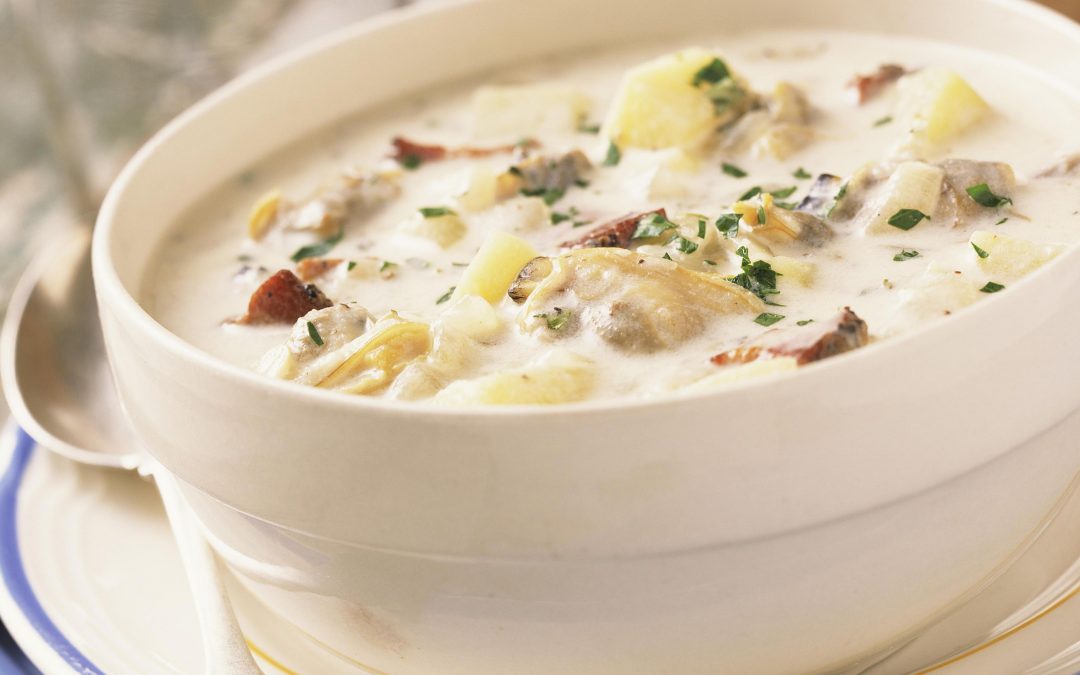 National Clam Chowder Day is celebrated on February 25 of every year. There are few things in the world that everyone loves doing like having a bowl of warm clam chowder on a winter’s day. This Chowder was initially considered as a poor man’s food and it is just a stew or soup containing fish or clams. The 1st chowders were fish stews or soups that are made from fish and vegetable stewed in a large cauldron or pot.

“Clam Chowder is rude, rugged, a food of body and substance — like Irish stew, Scottish haggis, English steak and kidney pie — a worthy ration for the men and women of a pioneer race and for their offspring”- Louis P. De Gouy, The Soup Book (1949).

The origin and history of National Clam Chowder Day are still unknown. In the mid-1800s, this stew originated in the Eastern United States but now this dish is served in many restaurants all over the world.  There are many regional varieties of Clam Chowder but the two most popular types of Clam Chowder are “white clam chowder” or “New England” and “red clam chowder” or “Manhattan”. The most common varieties of Clam chowder have milk or cream along with potatoes, and the Manhattan clam chowder has tomatoes in addition. Other than clams, other common ingredients like diced potatoes, celery, and onions can also be added to Clam Chowder.  Clam chowder is mostly served with small hexagonal oyster crackers or saltine crackers.

Other Celebrations on February 25

February 25 is also celebrated as

On this day, have a spoon and bowl ready and enjoy having clam chowder. Then learn how to make clam chowder or you can try making some traditional recipe of Clam Chowder. You can also make the modern classic variety of Clam Chowder. Then take pictures while enjoying Clam Chowder with your family members and friends and share them with others on social media by using the hashtag #ClamChowderDay.

Thank you for reading the post. You can celebrate every day with Happydays365.org and Happy National Clam Chowder Day 2021.