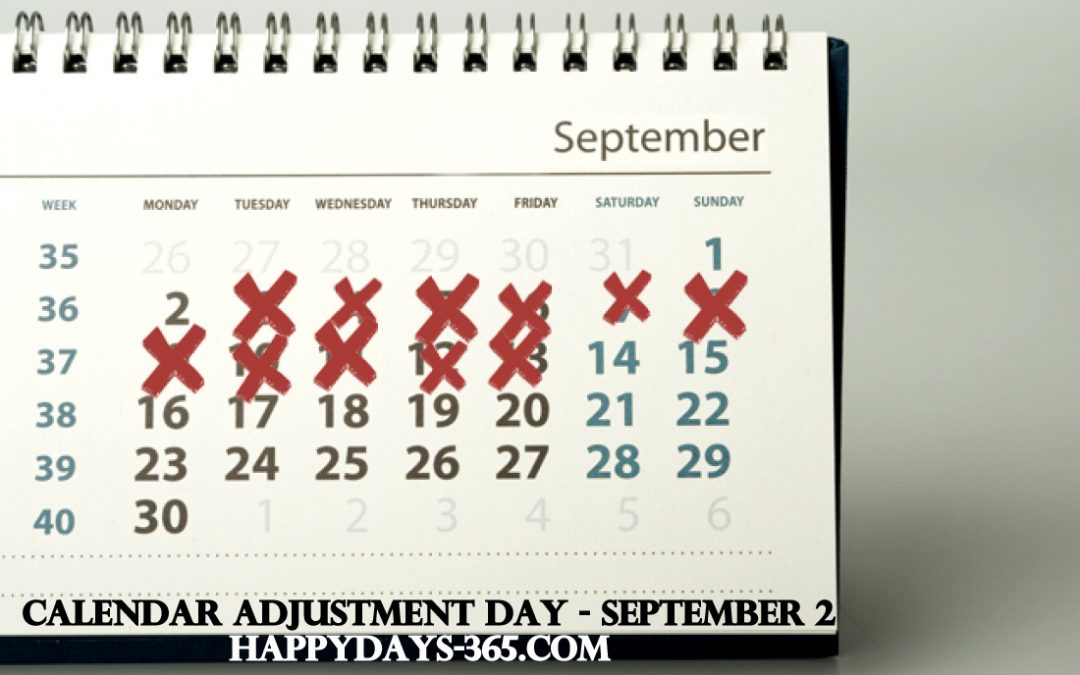 Calendar Adjustment Day is on celebrated on September 2. It is a day to remember an interesting and strange incident. In the year 1751, Britain’s Parliament passed the “Calendar Act of 1751“, according to this Act Britain adopted the Gregorian Calendar in 1752. This act is suitably called as An Act for Regulating the beginning of the Year and for correcting the Calendar that we use now. This Gregorian calendar is the most extensively used civil calendar. This calendar is named after Pope Gregory XIII, who introduced it in October 1582.

“Today is ‘Calendar Adjustment Day’ – a day to mark a strange, but interesting, occurrence.” – Steve Berry

According to the Calendar Act of 1751, Britain started following the Gregorian Calendar in 1752. But the Julian calendar system that we use now required them to drop 11 days to sync themselves with the adopted Gregorian Calendar. So, on the evening of 2nd September 1752, a strange and interesting incident happened the people of Britain and the colonies went to sleep and woke up the next morning to 14th September 1752. This change is also the reason for celebrating the new year on 1st January, as before new year was celebrated on 26th March. Due to this Adjustment Day, there were fights on the streets by those people who felt cheated and they demanded the eleven days back.  As a result of this British Calendar Act of 1751, 1751 was a short year as it ran only from 25 March to 31 December.

Other Celebrations on September 2

September 2 is also celebrated as

How to Celebrate Calendar Adjustment Day

Celebrate Calendar Adjustment Day by learning the difference between the Julian calendar and Gregorian calendar, also share pictures and share your thoughts about the day with others on the social media with the hashtag #CalendarAdjustmentDay.

Thank you for reading the post. You can celebrate every day with Happydays365.org and Happy Calendar Adjustment Day 2019.