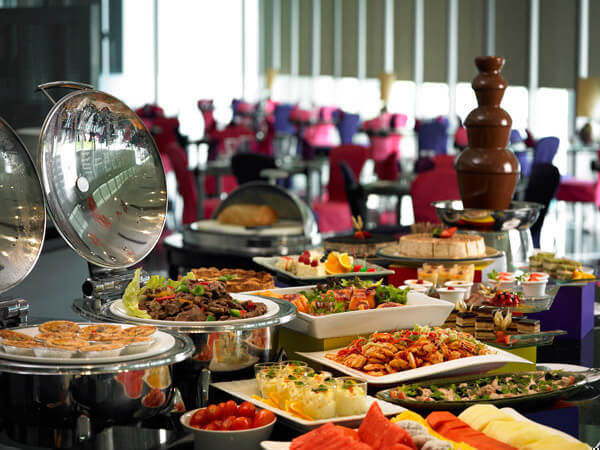 National Buffet Day comes on January 2 of every year. It is a day celebrated to honor the Buffet system. Buffets is a system or method of serving meals where the foods that will be placed in a single location, and the peoples can serve themselves by choosing the food that they like. Buffets are held at different locations like restaurants and hotels and maybe in several social event programs. So National Buffet Day is a day to enjoy your favorite food by heading into the favorite buffet-style restaurant.

The exact origin and the founder of the day are still unknown. The Buffet system has originated from brannvinsbord, a type of schnapps made in Sweden in the middle of the 16th Century.  It slowly starts to develop in the 18th century and developed into the modern world around the beginning of the 19th century. The Smörgåsbord buffet has not developed until the railroads were expanded into Europe. The Smörgåsbord buffet is a type of meal where the guests will be gathered before the dinner and have a small talk before dinner.

This kind of buffet usually held in separate rooms where one room for men’s and another room for women’s. In 1939 the Smörgåsbord buffet became internationally as “smorgasbord” in Newyork world’s Fair Exhibition. The term Buffet is referring to the French Type sideboard furniture where the food was served but populated in the English-speaking world in the 20th century after Sweden popularized the Smörgåsbord in New York.

Other Celebrations on January 2

January 2 is also celebrated as

How to Celebrate National Buffet Day

Celebrate the National Buffet Day by visiting the nearby Buffet-Style Restaurant with your friends, family members or co-workers and enjoy the dish that you like most. You can invite your friends and host a Buffet lunch or dinner at your home. For more entertainment host themed potluck Buffet where everyone has to bring two or more dishes which fit the theme. Post pictures and share your celebrations on social media’s like Facebook, Twitter and Instagram by using the hashtag #BuffetDay.

Thank you for reading the post. You can celebrate every day with Happydays365.org and Happy National Buffet Day 2021.