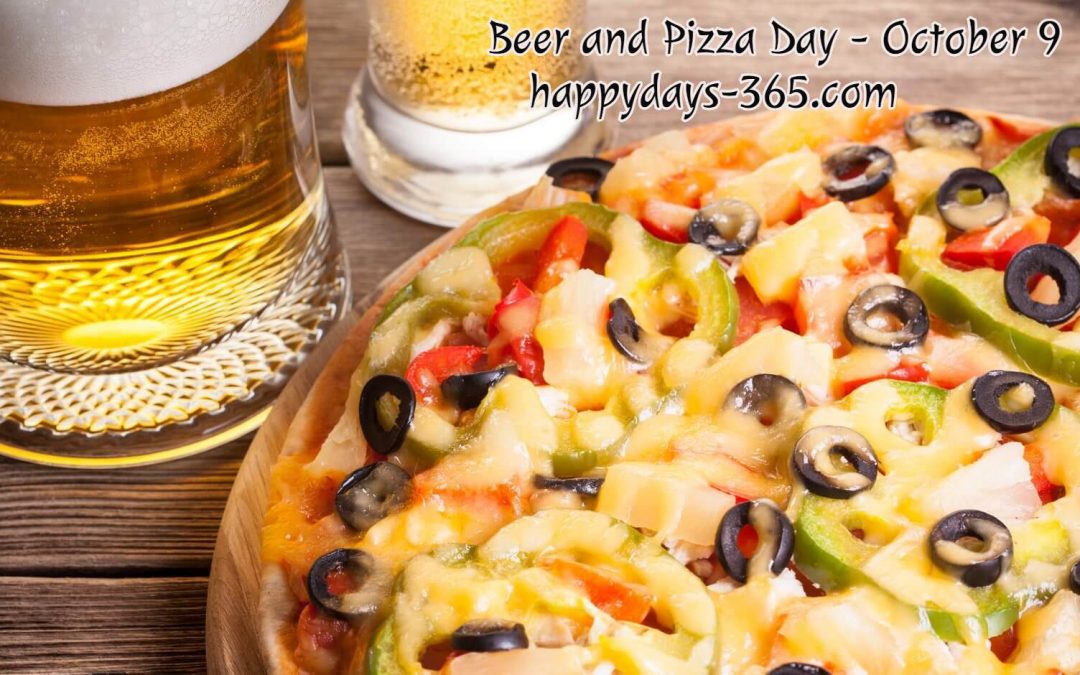 Beer and Pizza Day is an annual feast celebrated on October 9th. Justify drinking with pizza and celebrate the day. Celebrate and honor the food & drink combo that is existing over centuries on the International Beer and Pizza Day.

“It is a growing process. You can’t just like beer. You have to start somewhere and learn the different flavors.” – Isaac Hanson

History of Beer and Pizza Day

The year 2016 marks the first celebration of Beer and Pizza Day or International Beer and Pizza Day. Nick Saulino, a website designer established this official holiday. He founded this day to pays homage to one of the most iconic food and drink combinations of the Earth. There are numerous varieties of beer and pizza’s available. The people of many different cultures from all over the world enjoy Beer and Pizza. The oldest beverages produced by the humans is the beer. It dates back to the fifth millennium BC. The Ancient Egyptians have included beer in every level of their food. The written history of ancient Egypt and Mesopotamia records about the beer.

The 1800 BC poem “Hymn to Ninkasi,” written in ancient Mesopotamia mentioned the oldest known brewing recipe. That recipe was dedicated to the Sumerian goddess of beer. The word pizza was first documented in 997 AD in Gaeta, Italy. Other different parts of Central and Southern Italy successively mentioned Pizza. The focaccia was the precursor of pizza. It is a flatbread known to the Romans as panis focacius. The toppings are added to it.

Other Celebrations on October 9

October 9 is also celebrated as

How to Celebrate Beer and Pizza Day

Celebrating the Beer and Pizza Day is very simple. Head down to your favourite Pizza parlour and order it along with the beer. Have a bite and have a sip. Enjoy tasting the world most popular combination on this day to complete the celebration. Share your celebrations using the hashtags #BeerAndPizzaDay or #BeerAndPizza or #PizzaAndBeer.

Thank you for reading the post. You can celebrate every day with Happydays365.org and Happy Beer and Pizza Day 2019.