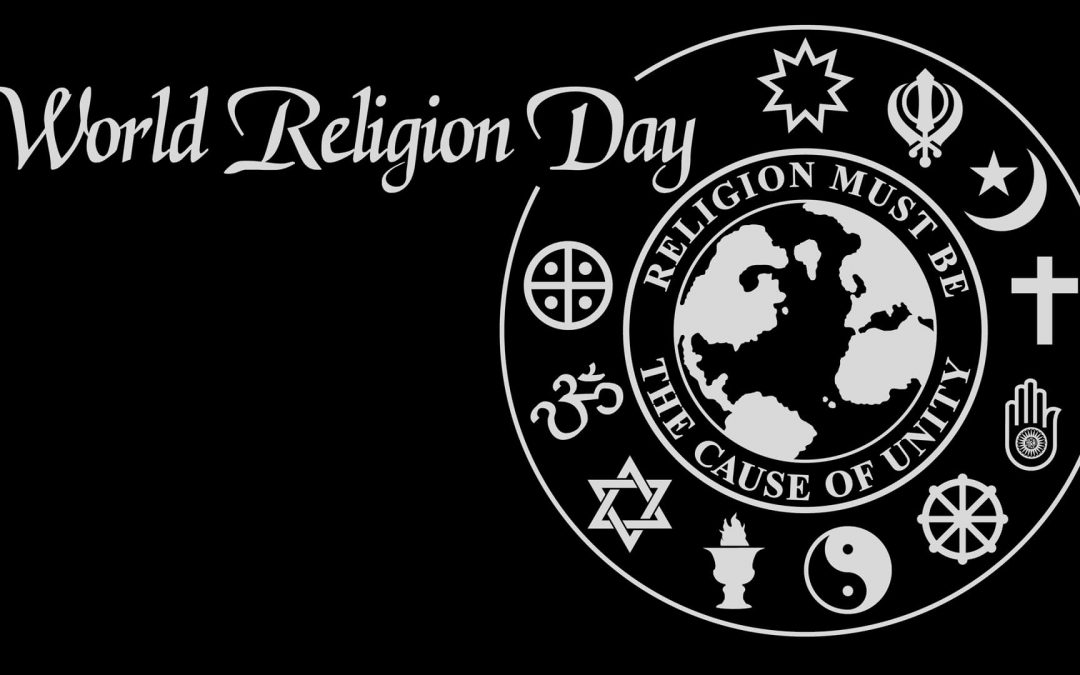 World Religion Day is celebrated on the third Sunday of every January. This year it will be celebrated on January 19. Although the day was initiated in the United States of America, the day is celebrated internationally. It was started by the Baha’i faith Members in the US to honor the beliefs that are commonly shared by the World Religions. The assembly was organized to have an aim at “The Golden Rule” and how the religions must be a force of unity but not a cause of division. World Religion Day was created as a day for religious organizations to develop talks and forums which are associated with distinct faiths. Hence World Religion Day is a day for every individual to try and reach out to other persons of different religious identities.

The World Religion Day was first celebrated in October 1947 Portland, Maine at the Eastland Park Hotel under the title of “World Peace Through World Religion”. Firuz Kazemzadeh organized the talk in the event. In December 1949 various communities in the United States of America observed local newspapers called “World Religion Day”. The day popularised across the world by Baha’i members of the National Spiritual Assembly which held on January 15 of 1949. Baha’i is a form of faith that emerges in the 19th century. The Baha’i has three core principles: Unity of God, Religion and Human Kind. They believe that all the humans in the world are born to be equal, and all of them have the same rights and duties.

Baha’i also they believe that there is only one god and spirit of all religions are from that single god. In 1951, the day internationally observed in Australia and Bolivia in 1951. In 1958, Baha’i members had noticed some events in different countries to attract a lot of peoples and to overlap with race amity priorities. In 1962, World Religion Day noted in Several cities at Netherland. The main aim of the day is to create the or spread awareness among the peoples about the variety of religions that are practicing in the world today. And to build an understanding between the people of all faiths.

Other Celebrations on January 19

January 19 is also celebrated as

How to celebrate World Religion Day

Celebrate the World Religion Day is quite simple and easy to remember. Spread the awareness among the peoples about every individual to try and reach out another person of various religious identities. Some of the organisations celebrate the day by organising interfaith events, the place where faith leaders gathered together to give talks and lectures. Every individual must be talking to other peoples about their beliefs and try to understand the faith of other religions. Post pictures and share your thoughts about the day on the social media by using the hashtag #WorldReligionDay.

Thank You for reading the post. You can celebrate every day with Happydays365.org and Happy World Religion Day 2020.