by RajKumar | May 8, 2021 | Important Days in May, International Days, Train Day 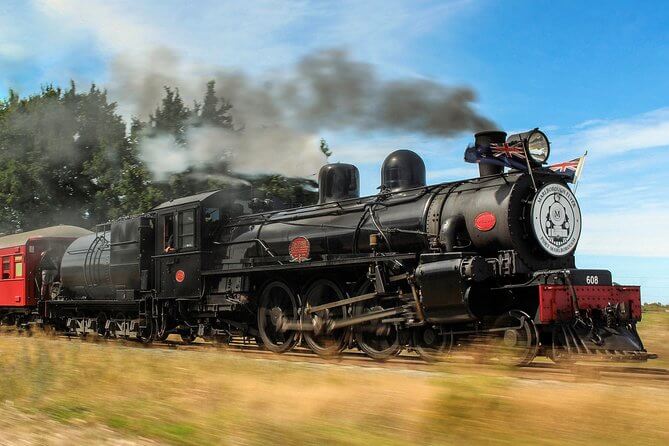 National Train Day is celebrated on the second Saturday of every May. It is celebrated for spreading the information to the general public about all the advantages of railway travel, and it also shows the history of the train in the United States. The celebration of National Train Day on every year on Saturdays that quite close to May 10, it is conducted as the anniversary of the pounding of the Golden spike in Promontory, Utah. The National Train Day marked as a completion of the first transcontinental railroad in the U.S. On that day more events were conducted on Amtrak stations and also it has railroad museums across the country, with that they will show some often using passenger car and some of the model railroad layouts on display.

“I was the conductor of the Underground Railroad for eight years, and I can say what most conductors can’t say; I never ran my train off the track and I never lost a passenger.” – Harriet Tubman

The creator and founder of National Train Day are Amtrak in 2008. The National Association of Railroad Passengers is one of the largest non-profit rail advocacy organizations, located in America. They announced to their members to celebrate the first National Train Day in 2008. Moreover, most of the other non-profitable organizations participated on this awesome occasion. Then in 2015, the National Train Day is announced as the community program, and which get replaced by a company-sponsored event called Amtrak Train Days. The format of the celebration has been changed as the multiple events in a single day in many cities to an individual event it gets changed over the course of the spring, summer and autumn.

In 2011, they celebrated the 40th Anniversary of Amtrak with more events, because it is the first company started its service on May 1, 1971. Then in 2013, Duluth, Minnesota hosted the biggest events just by having the steam locomotives Milwaukee Road 261 with that it has Soo Line 2719 operating on the North Shore Scenic Railroad.

Other Celebrations on May 8

May 8 is also celebrated as

It can be celebrated in numerous ways. On this beautiful occasion, they conduct more events that usually consist of the equipment displayed in across all the major stations of the Amtrak system. The celebration includes the Acela Express and Keystone Service sets of Northeastern cities, Superliner cars in Los Angeles, San Antonio, Chicago, and Florida, which are used as a long-distance train of those regions. Moreover, they will display some of the private cars, and in other larger cities, they will display their equipment. You can share all your thoughts about the day on Social Media by using the hashtag #NationalTrainDay.

Thank you for reading the post. You can celebrate every day with Happydays365.org and Happy National Train Day 2021.