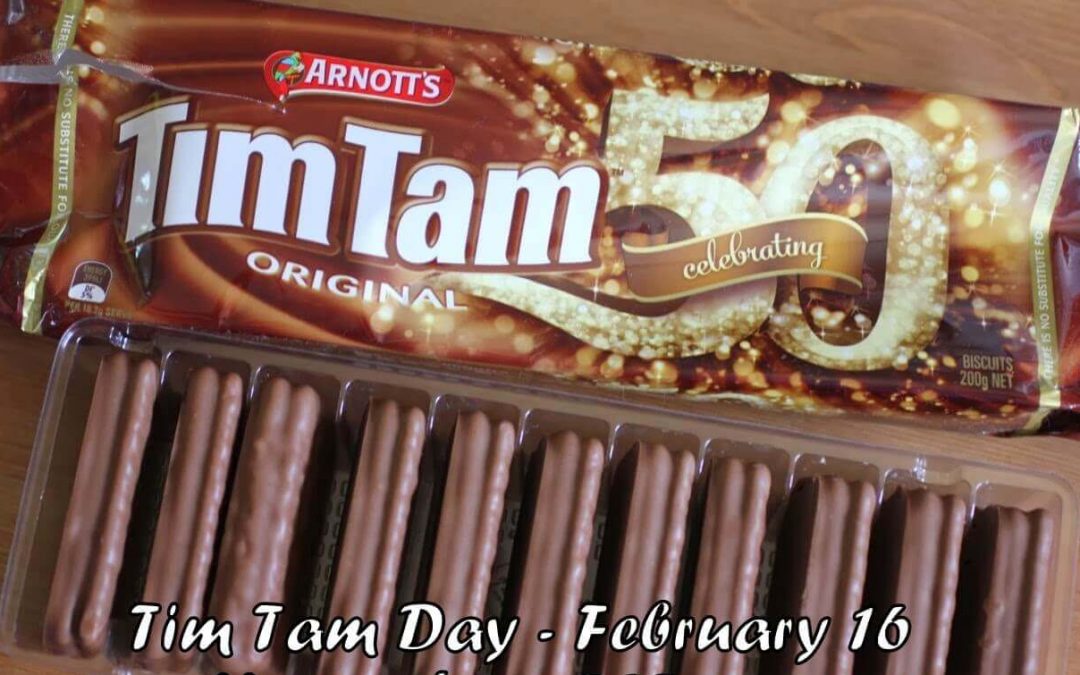 Tim Tam Day is celebrated on February 16 of every year. Every country has a treat. When comes to America it is Apple Pie, it will be scones when comes to England, but when you turn your eyes to down under, it is Tim Tam that makes a splash. Tim Tam is a chocolate biscuit made by Arnott’s, and it consists of two malted biscuits separated by a light chocolate cream filling which coated with a thin layer of textured chocolate. Hence Tim Tam Day is a special day to celebrate this special treat with your family members and friends.

The creator of Tim Tam Day is still unknown. The Tim Tam biscuit was created by the director of food technology at Arnott’s, Ian Norris. In 1958, he decided took a world trip to look for the inspiration for new products. While traveling, he found the Penguin Biscuit in Britain and he decided to make a better one than Penguin Biscuit. Tim Tams first came to the market in 1964, and it was named by the Ross Arnott, the man who attended the 1958 Kentucky Derby. He decided that Tim Tam was the perfect name for that product. In 2008, the sister company of Arnott’s, Pepperidge Farm started to import Tim Tam to the United States of America. The Tim Tams are still produced in Australia and packed in the United States of America to bears the slogan of “America’s Favourite Cookie.”

Other Celebrations on February 16

February 16 is also celebrated as

The best way to celebrate Tim Tam Day is by picking up a Tim Tam and eat down the entire package in one sitting. For more interesting, bite both ends of the Tim Tam and use them as a straw to drink the beverage through it. Gather your friends, family members for dinner and conduct a Tim Tam-themed party. Post pictures and share your thoughts on the day by using the hashtag #TimTamDay.

Thank you for reading the post. You can celebrate every day with Happydays365.org and Happy Tim Tam Day 2021.