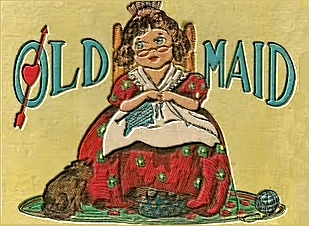 The Old Maid’s Day is celebrated on June 4th every year. On this day the spinsters around the world get together to celebrate the joyous event and share one another’s happiness that comes from the independence of complete singlehood. It is because the marriage and childbearing completely ruin a women’s life gradually from her spare time, the ability she had in the past. Old Maid refers to an older woman, who is unmarried and often called by the name spinster. Once this name was considered degrading, the Old Maid’s Day is contributed to those old maid’s and their families and communities. Being single doesn’t mean that they are alone, they are often carried oriented, determined and motherhood by circumstances. Old Maid’s Day is celebrated to revise your definition of an Old Maid to one that falls as an example of a  brave and independent woman who cherishes life.

“It is the sweat of the servants that make their squire look smart.” – Amit Kalantri

Immediately after the World War II, millions of soldiers were returning to their homelands. Since there was a huge gap as many men went to the World War, many maidens were left unmarried, as they were waiting for their men to return. Unfortunately, many soldiers couldn’t return. Then there was a huge increase in marriages. Dances and events are held to bring those soldiers and the unmarried women together. It is from then the Old Maid’s Day got familiar. In 1948 Marion Richards of Jeffersonville, Pa, conducted the first Old Maid’s Day gathering. Richard created the day to honor all the contributions that Old Maids offer to their communities and their families. During Richard’s generation, single women played a major role in many areas of the schools, churches, offices, and their families.

Other Celebrations on June 4

June 4 is also celebrated as

How to Celebrate Old Maid’s Day

Celebrate the Old Maid’s Day by getting together, drinking Old Maid cocktails, eating Old Maid cake, playing the Old Maid card game, and listening to their favorite songs. Conduct events that better reflect their contribution to society and you could also dedicate awards in your local area that encourage them to do their job in a great way. Share the joy you all got with your Old Maids and share them on social media with the hashtag #OldMaidsDay.

Thank you for reading the post. You can celebrate every day with Happydays365.org and Happy Old Maid’s Day 2021.