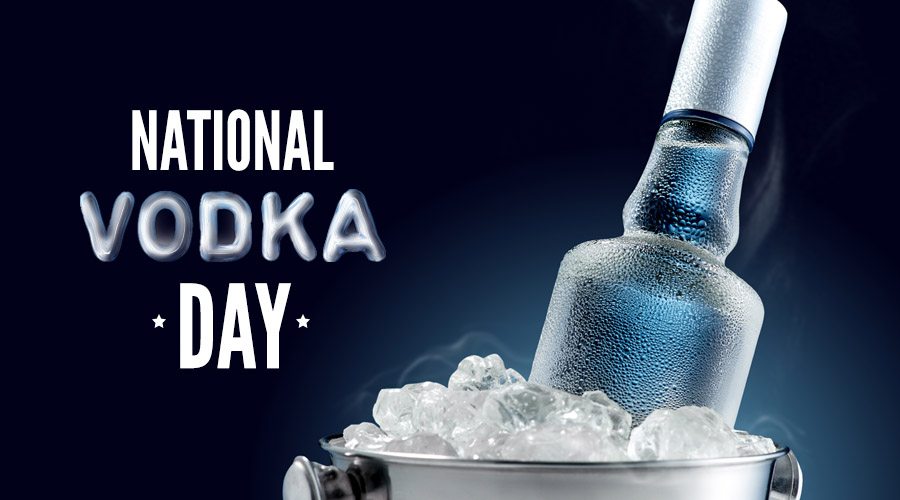 National Vodka Day is commemorated on October 4th of every year. Another day for the drink lovers to booze up. It is not a day to excuse but justify it. Raise your glass to celebrate National Vodka Day and enjoy the world’s most favorite alcoholic drinks. It is a great opportunity for anyone to enjoy a new cocktail. One could even try out one of the hundreds of different brands of vodka.

“I believe that if life gives you lemons, you should make lemonade… And try to find somebody whose life has given them vodka, and have a party.” – Ron White

The history and origin of the National Vodka Day are anonymous. However, vodka has a long tradition and the Vodka Day was celebrated since at least 2009. Wine Enthusiast Magazine has mentioned Vodka Day, and it has also been noted on the news websites such as CBS. The name “vodka” has come from a diminutive form of the Slavic word voda (water), which means little water: It was first produced in Russia during the 9th century. Vodka is made with the distillation of cereal grains or potatoes and that have been fermented traditionally. Substances like fruits and sugars are used in some modern brands.

Vodka is usually made with a certain range of alcohol by volume (ABV) that differs from each region. Traditionally, Vodka is not mixed with any water, ice, or other mixers and is called a drunk neat though it is often served chilled. It is a versatile, virtually tasteless, and odorless drink. Vodka is also commonly used in cocktails and mixed drinks. Most often Vodka is used with Caesar, Bloody Mary, Screwdriver, Sex on the Beach, Moscow, Mule, White Russian, Black Russian, Vodka Tonic, or Vodka Martini. Vodka is now the most widely consumed spirit from all over the world.

Other Celebrations on October 4

October 4 is also celebrated as

How to Celebrate National Vodka Day

Celebrating National Vodka Day is very simple. Enter a bar on this day and sip vodka to celebrate the day. You can even taste the new flavors of Vodka or try the ones which hadn’t drunk so far. You can infuse your flavored Vodka at your home. Arrange a party on this day with family and friends to celebrate it more joyfully. Post and share your celebrations on social media using the hashtag #NationalVodkaDay.

Thank you for reading the post. You can celebrate every day with Happydays365.org and Happy National Vodka Day 2021.