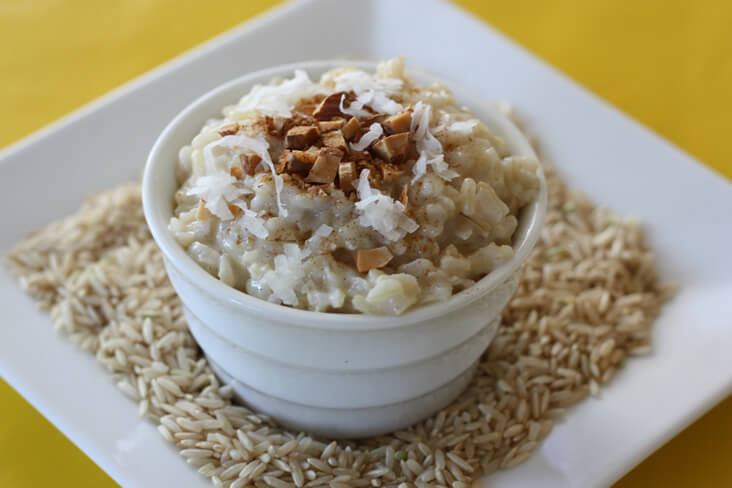 National Rice Pudding Day is celebrated on August 9 of each year. Rice pudding is made from rice mixed with water, milk, coconut milk, evaporated milk, and sometimes vanilla, cinnamon, and raisins. Rice pudding is a traditional dish found in nearly every area in the world which can be served as either dessert or dinner. Today is a perfect day to enjoy the taste of Rice Pudding with your family members and friends.

“When I was a player, I’d have a pre-match meal of the biggest lump of fillet steak you could find, followed by rice pudding. Other times I’d have a steak and kidney pie. I’d finish the meal at 12.30 and be playing two-and-a-half hours later.” – Fabio Capello

The origin and the founder of National Rice Pudding Day are still unknown. Rice Pudding is a delicious treat that combines the smooth, creamy texture of pudding with nutritious and filling rice. The recipe was found in the old dish known as “pottage” which started in the Middle East. Every region of the world has its take on rice pudding. Some of the Rice Pudding are sweet while others are savory. In the United States of America, most peoples serve their sweetened rice pudding with a sprinkle of nutmeg and raisins. In the Canada and United States, most rice pudding recipes were brought by European immigrants. One of the most famous variations is made with long grain rice, milk, sugar or maple syrup, raisins, cinnamon, and nutmeg. The pudding is first partially cooked in a bain-marie and then baked in an oven until ready.

Other Celebrations on August 9

August 9 is also celebrated as

The best way to celebrate National Rice Pudding Day is by treating your family to delightful rice pudding with orange zest and pistachios. You can use the hashtag #NationalRicePuddingDay or #RicePuddingDay to post on social media.

Thank you for reading the post. You can celebrate every day with Happydays365.org and Happy National Rice Pudding Day 2021.