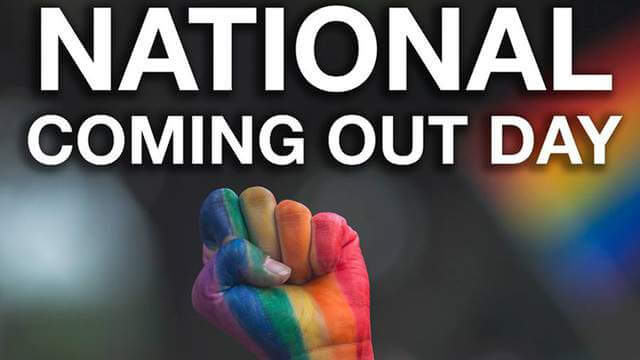 National Coming Out Day is an annual observance celebrated on October 11th of every year. It is a day for the LGBT community. The Day celebrates those people coming out irrespective of one’s sexual orientation or gender identity. It is vital to recognize, support, and respect those communities of members. The celebration of the National Coming Out Day raises awareness of the LGBT community and the civil rights movement.

History of National Coming Out Day

The National Coming Out Day (NCOD) was first celebrated in the year 1988. Robert Eichsberg and Jean O’Leary founded the NCOD. The date’s celebration marks the anniversary of the 1987 March held in Washington for the Lesbian and Gay Rights with 500,000 people. He was also the head of the National Gay Rights Advocates in Los Angeles at the time. NCOD is a form of celebration toward the feeling of gay pride instead of shame and social disgrace, or career suicide. It is observed annually by the members of the gay community and their straight allies throughout the world. Robert Eichsberg was the psychologist and founder of the personal growth workshop, The Experience.

Jean O’Leary was an openly lesbian political leader and long-time activist from New York. Queer activists, including Eichberg and O’Leary, thought not to respond defensively to anti-LGBT action as it would be predictable. It made them found the NCOD to maintain positivity and celebrate coming out. In 1988, NCOD was founded in the United States. The initial idea of this day is to bring out the openly lesbian or gay person from family, friends, and colleagues to live their life independently. The foundational belief is that homophobia rises in an atmosphere of silence and ignorance. Once if people find that they have loved the ones who are lesbian or gay, then they are far less likely to sustain homophobic or oppressive views.

The idea of the “Lesbian and Gay Community” in recent years has been largely subsumed into the concept of the LGBT community. In the LGBT community, the term “coming out” means the voluntary self-disclosure of one’s gender identity or sexual orientation. The idea of “coming out” has expanded in not only including the willing self-disclosure of a gay, lesbian, or bisexual sexual orientation, but also the transgender, genderqueer, or other non-mainstream gender identities. The one important point of National Coming Out Day is to let people see the LGBT community, who they are, or the people they already like, know, and respect. It was their strongest means in the movement toward full human rights.

How to Celebrate National Coming Out Day

You can voluntarily participate in the awareness events held throughout the world to show your support for the LGBT community people. You can participate in the movement by wearing pride symbols like pink triangles and rainbow flags. Educate people around you to treat them like others in a normal way. Post and share your celebrations on social media using the hashtag #NationalComingOutDay.

Thank you for reading the post. You can celebrate every day with Happydays365.org and Happy National Coming Out Day 2021.