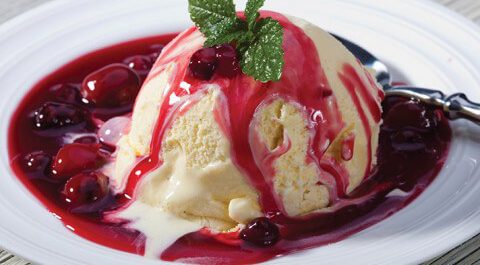 “One must ask children and birds how cherries and strawberries taste.” – Johann Wolfgang von Goethe

There is no proper mention of the founder and the year in which the National Cherries Jubilee Day celebration was first observed. But the Cherries Jubilee has a long history. Cherries Jubilee is a classic flambé dessert dish made with cherries and liqueur, typically Kirschwasser or brandy. It will be subsequently flambéed and served as a sauce over the vanilla ice cream. The French chef Auguste Escoffier is credited with the invention of this dessert. Auguste Escoffier introduced it for the first time in one of Queen Victoria’s Jubilee celebrations. It is, however, unclear if the dessert made its debut for the celebration of the Golden Jubilee of 1887 or the Diamond Jubilee in 1897. It had quickly become one of the most stylish desserts of that era. As it was introduced during the jubilee celebration, hence the name Cherries Jubilee.

Cherries Jubilee was a big hit in the Atlantic, and for many years, cherries jubilee was included as a standard menu item at America’s finest restaurants, and which reached the peak of its popularity during the 1950s and 1960s. The original recipe of Auguste Escoffier didn’t include ice cream. Instead, he had boiled the fresh cherries in a sweet sauce into which he poured the warm liqueur or fruit brandy over them. Then just before serving, the alcohol is set to a blue flame Later recipes had added the liqueur Kirschwasser and ice cream. Since Escoffier’s time, there have been many variations on the idea of flambéed fruit. The Bananas Foster is the most famous and Mangos Diablo (mangos flambéed in tequila), and Pêches Louis (peaches flamed in whiskey) are the other variations.

Other Celebrations on September 24

September 24 is also celebrated as

Prepare Cherries Jubilee for yourself and your family or friends to celebrate the food feast more enjoyable. You can even try other varieties of this dessert that are different from the classic version to chill the summer. Post and share your National Cherries Jubilee Day celebration on social media using the hashtag #NationalCherriesJubileeDay or #CherriesJubileeDay.

Thank you for reading the post. You can celebrate every day with Happydays365.org and Happy National Cherries Jubilee Day 2021.