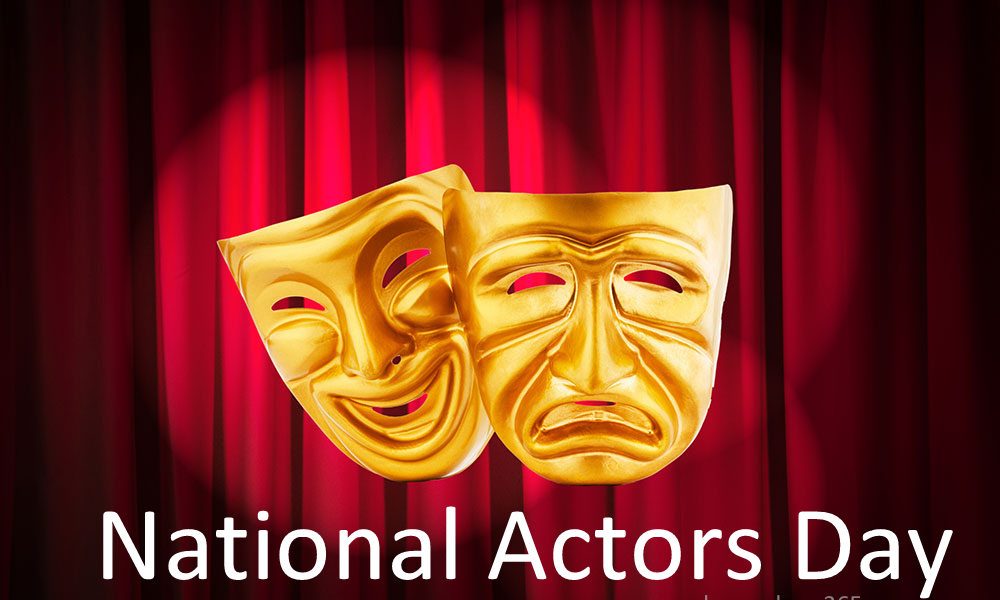 National Actors Day is celebrated on 8th September, This day is celebrated to honor all the actors who entertain us by giving us their time and energy.  National Actors Day is dedicated to all the talents who have acted or auditioned for even a small role in any film, TV, or theater project. This day is about appreciating the dedication, perseverance, and enthusiasm of all the actors.  Actors can be or cannot be whoever they like and that is why we celebrate and love the actors.

“Actor Charlton Heston, in his biography An Actor’s Life, noted an actor needs someone to watch him perform. Writers and artists can put together their manuscripts and paint their canvases, he pointed out, whether someone witnesses the activity or not. Actors play to an audience, but if you don’t have one, you’re not acting.”

The origin and history of National Actors Day are not known.  Actors entertain us and also teach us about a few things we don’t know and these actors take us along with them to invent new places and enjoy new experiences. The scriptwriters give us the stories and characters in words but only an actor can bring that character and story alive, they make the fascinating characters unforgettable, and good stories enjoyable. The best actors’ performances do not look like acting at all, it just looks as natural as talking to your friend but bad actors’ acting looks weird. But all the actors the best or bad make a lot of effort, anyone who has ever tried acting knows how much difficult it is and how challenging it is to deliver an impressive performance. We all personally have our own favorite actors and actresses and we all just memorize their most movie scenes by heart and this day is dedicated to praising those actors who make a lot of efforts to entertain us.

How to Celebrate National Actors Day

On National Actors Day, pay respect to all those actors who work hard to entertain us and make us happy, actors deserve a lot of respect for what they do, not only the top actors but also those actors who make a small role in a movie or tv show. Also, post pictures and share your thoughts about the day on social media with the hashtag #ActorsDay.

Thank you for reading the post. You can celebrate every day with Happydays365.org and Happy National Actors Day 2021.