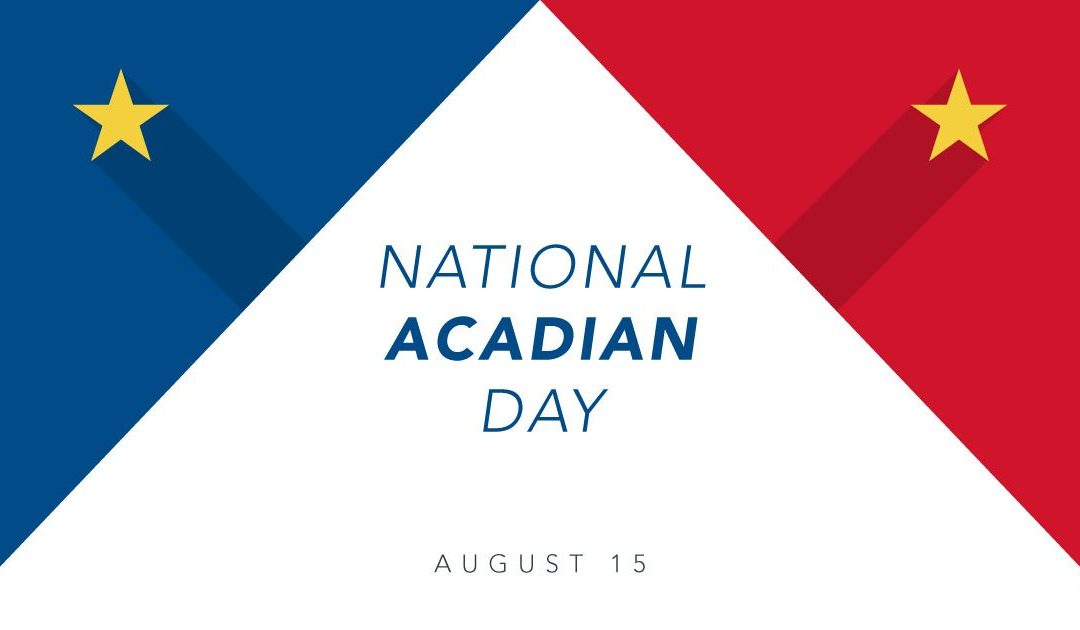 The peoples in Canada celebrates National Acadian Day on every August 15 to honor their Acadian culture. Acadian Day celebrates the origin, unique history, and vibrant culture of the Acadian people of Canada. Acadian Peoples are descendants of the French colonials who established the colony of Acadia. According to the Canadian Census report of 2011, 33% of New Brunswick citizens claim French as a mother tongue whereas only 4.4% of Prince Edward Island citizens and 3.9% of Nova Scotia citizens claimed French as a mother tongue.

“To be Acadian is to have the pardon in your heart, and to look forward with hope.” – Zachary Richard – Acadian singer, songwriter

France founded the first permanent settlement in North America, located in Port Royal, Nova Scotia on 1605. Because of the result of the Great Upheaval from 1755 to 1763, several Acadians were forced to leave their homes and relocate somewhere else. Even though some of them returned to the Acadian region, others have not returned home. Then Canada became a separate Nation in 1867, and the first Acadian Convention in 1881 declared August 15 as National Acadian Day. In 2003, Majesty Queen Elizabeth II of Canada proclaimed the National Acadian Day as a national observance.

Other Celebrations on August 15

August 15, is also celebrated as

The best way to celebrate National Acadian Day is by participating in the Titamarre, the largest Acadian Festival, in Caraquet, New Brunswick. On this festival, people march through the streets making noise with a variety of different noise-making tools. On this day, treat yourself and your family members to the traditional Acadian dishes like chicken fricot, Rapture, and meat pie. You can also visit the Acadian Museum in Miscouche and learn more things about the history of Acadian by researching on the internet. You can also use the hashtag #NationalAcadianDay or #AcadianDay to post on social media.

Thank you for reading the post. You can celebrate every day with Happydays365.org and Happy National Acadian Day 2021.