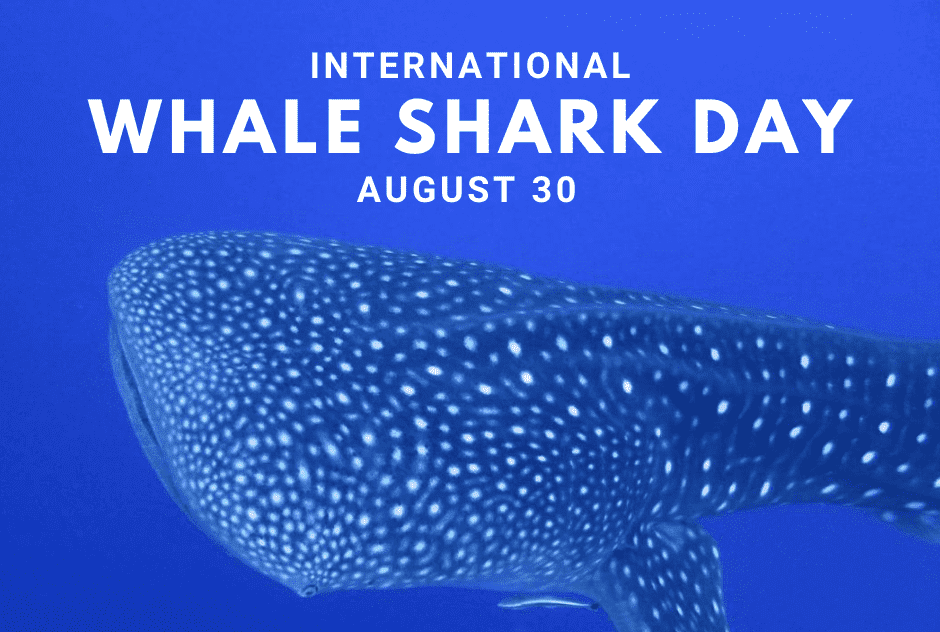 International Whale Shark Day comes on August 30 of every year. It is celebrated mainly to raise awareness about these giant species of whale sharks. Usually, Sharks grow up to 14 meters in length and can weigh about 12 tons. This types of whale shark are the biggest shark species among the biggest fish in the ocean. Whale sharks mostly feed on plankton which is known for their huge and gaping mouths. Due to their highly prized fins and meat, whale sharks are vulnerable and hunted in many parts of Asia.

“When it comes to whaling, Iceland is an international outlaw. Years of global negotiations and declarations have failed utterly to end its illegal slaughter of whales. It’s time to send Iceland a message it can’t ignore: trade sanctions.” – Pierce Brosnan

The creator of the day is still unknown. Since 2012 this celebration is going on contrary to the infamous lies that are believed about sharks, whale sharks included, they play a key role in the health of our beloved oceans. Without our finned sharks, oceans cannot survive; they will keep the marine ecosystem fruitful and healthy. People want to do some research and get involved in efforts to volunteer to help conserve these unique creatures.

Other Celebrations on August 30

August 30 is also celebrated as

Celebrating International Whale Shark Day is quite easy. It can be celebrated by raising awareness about the importance of these giant species of whale sharks. People can provide more plankton to whale sharks which it feeds. You can use the hashtag #InternationalWhaleSharkDay to create awareness on social media about the importance of Whale Shark.

Thank you for reading the post. You can celebrate every day with Happydays365.org and Happy International Whale Shark Day 2021.