Months of the Year in Punjabi 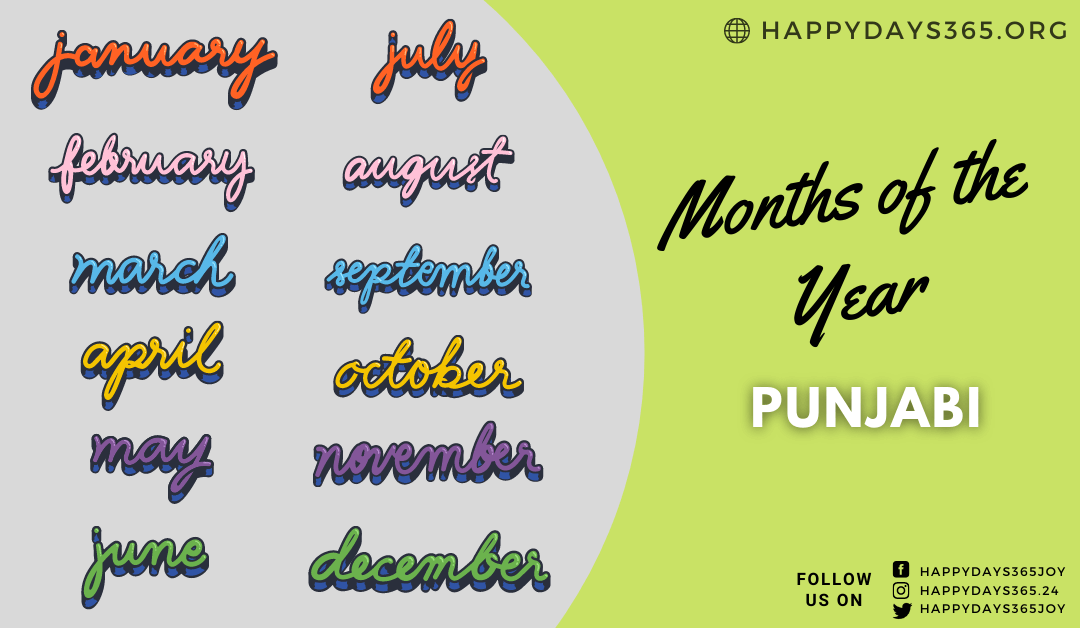 Punjabi is the official language for the people residing in Punjab and Pakistan. It has over 113 million native speakers all around the world, and it includes the United States, Canada, and the United Kingdom. It comes under the language family called the Indo-European. The language has only one standard form and no other early form prior to it. It has five writing systems: Gurmukhī, Shāhmukhī (Perso-Arabic), Punjabi Braille, Laṇḍā (historical), and Mahajani (historical). In India, apart from Punjab, the language is spoken in Delhi, Haryana, and West Bengal. People who speak Punjabi are referred to as Punjabis. In the upcoming article, let’s see how to say months of the year in Punjabi.

Punjabi has two dialects namely Standard Punjabi (also called Majhi in India) and Simply Punjabi. Among these dialects, Standard Punjabi is the one that is used for Punjabi Cinema, TV shows, and other related content. In Punjabi, the word months is written as ਮਹੀਨਾ and pronounced as Mahīnā. The plural form of the month is written as ਮਹੀਨੇ and it is pronounced as Mahīnē. So let’s see how to say months of the year in Punjabi.

How to Say English Months in Punjabi

How to Say Punjabi Months in English

The Punjabi language has a unique calendar apart from the English calendar, in which the number of days in each month varies between 29 and 32.