Days of the Week in Kannada 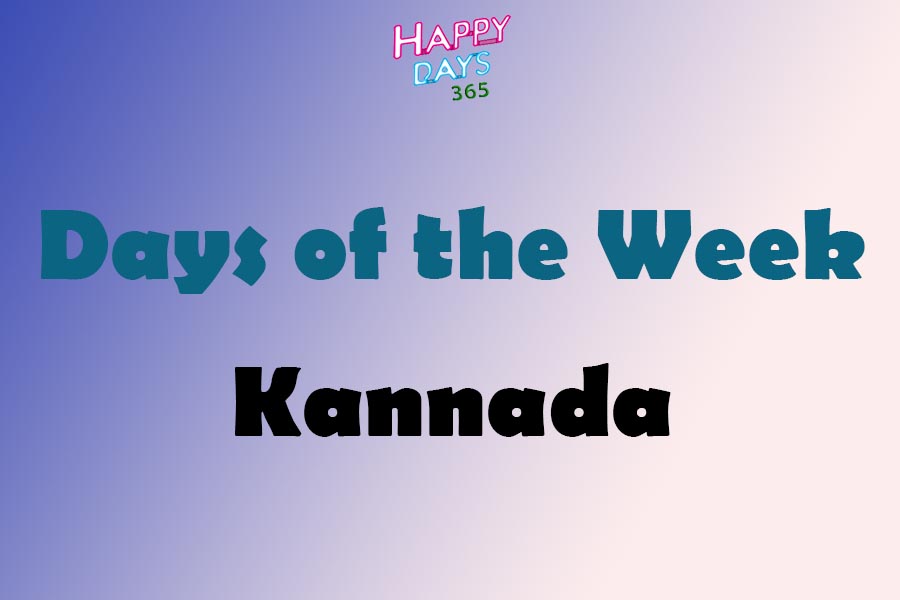 Related: Months of the Year in Kannada

Days of the Week in Kannada

There are several opinions to explain how the 7-days in the week are originated. Initially, Babylonian astrologers around 700 BCE assigned the planet gods to the days in the week.  Then, Romans changed the names of the week with their planet gods in the ancient Roman Calendar. Later, Germanic and Norse people also changed the names with the names of their gods. As per the rules of the International Standard ISO 8601, Monday is the first day of the week, and then it is followed by Tuesday, Wednesday, Thursday, Friday, Saturday, and Sunday. Even though it is the international standard, some of the countries like United States of America, Canada, Australia, India, and many more countries consider Sunday as the first day of the week. The names for the seven days in the week came from the Roman Calendar and each day relates to 7 celestial bodies: the Sun, the Moon, Mercury, Venus, Mars, Jupiter, and Saturn.