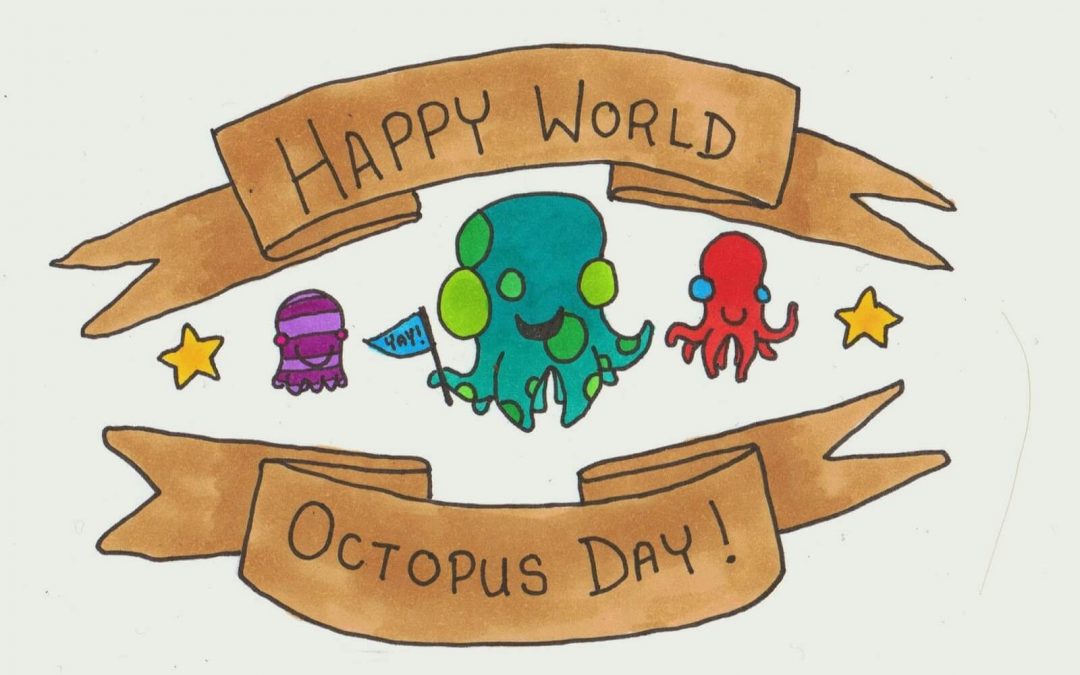 World Octopus Day is an annual observance celebrated on October 8th of every year. It’s a day for those Octopus enthusiasts. It is vital to celebrate the most distinctive animals of the planet with a day. The World Octopus Day marks the celebration of the eight-armed creature.

“Octopus can fish for prey while deciding what color and pattern to turn, what shape to make their bodies, be on alert for predators and aware how far away their dens are.” – Sy Montgomery

October 8, 2007, marks the first commemoration of World Octopus Day. The person or the organization who established this day is unknown. They have created this day to celebrate the highly intelligent creature of the planet. Octopus is a soft-bodied, eight-armed mollusc of the order Octopoda. Grouped within the class Cephalopoda. The fossils of octopus date back 300 million years ago. It pre-dates even to the dinosaurs. They are visually stunning and available in various colours and shapes. About 300 species of Octopus are recognized. The octopus is similar to squids, cuttlefish, and nautiloids.

Octopus is bilaterally symmetric with two eyes, three hearts. It has a beak, with its mouth present at the centre point of the arms. The soft body can rapidly change its shape, letting octopuses squeeze through the small gaps. The male Octopus uses a specially adapted arm in delivering a bundle of sperm directly into the female’s mantle cavity. It becomes senescent and dies. The fertilised eggs will be deposit in a den by the female octopus. It takes care of them, and she dies after hatching. The octopuses are venomous. The blue-ringed octopuses are harmful to humans. It has 500 million neurons in its brains and arms. It lets them bypass their instincts, learn lessons and solve the problems.

Other Celebrations on October 8

October 8 is also celebrated as

How to Celebrate World Octopus Day

Indulge yourself to know more about the Octopus, its habitat, and its life cycle. Take your children to the nearest aquarium to show them the different varieties of Octopus. You can even try some recipes made of Octopuses like Octopus salad or hot dog. Wear an octopus-like wardrobe to enjoy the day. Take some pictures and your Octopus day celebrations to post on social media using the hashtag #WorldOctopusDay.

Thank you for reading the post. You can celebrate every day with Happydays365.org and Happy World Octopus Day 2020.