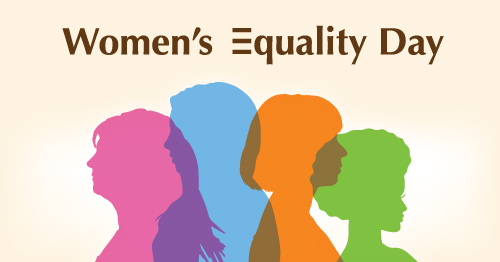 Women’s Equality Day is celebrated on August 26 of every year. In the history of the struggle for the equal practice of women and women’s rights, the Women’s Equality Day is worth noting and celebrating. The day celebrates the anniversary of the 19th Amendment adoption passed by the United States Congress to the Constitution that grants women full and equal voting rights on this day in 1920. Women’s Equality Day invites people in bringing awareness and attention to women’s continuing efforts towards full equality.

The day was first celebrated in 1971. The day marks the completion of 72 years of massive civil rights movement campaigning for women’s equality. On August 26th, 1920, with the official declaration of the 19th Amendment to the United States Constitution, the women in the United States of America were granted the right to vote (suffrage). The amendment was and remains a major landmark in the women’s rights movement in the United States. Bella Abzug, who was a representative and feminist made the proposal. Ever since the legislation was first introduced in Congress by Bella Abzug in 1971, every president has published a proclamation for Women’s Equality Day. The resolution was passed designating August 26 of each year as the Women’s Equality Day. The objective behind the creation of this celebration mainly focused on raising awareness about the importance of gender equality in society. Thus, the day commemorates the hard work and sacrifices made by the pioneers of the suffrage movement.

The act was first introduced in Congress several years ago in 1878 at the behest of suffragists Elizabeth Cady Stanton and Susan B Anthony by the California Senator Aaron A Sargent. As Susan B Anthony was arrested for voting in the 1872 Presidential elections, the first version of the amendment is usually called the Anthony Amendment. It was resubmitted many times until finally in 1919 when the amendment had received approval from both the House of Representatives and the Senate. The act had ensured that women could make their voices out such that they will bring any change. Before this amendment, several respectable writers had believed that women need no equality. But over the last century, women around the world had proved what they could achieve when given opportunities. Although there are still several arguments kept on the rights of women, the women’s rights movement has been continually working and fighting for the welfare of women. Now, women’s equality has evolved to much more than just sharing the right to the vote. Various organizations are continually working to provide women across the globe to have equal rights. It is indeed necessary to celebrate Women’s Equality Day as a form of paying respect to women and giving them the right to equality.

Other Celebrations on August 26

August 26 is also celebrated as

The best way to celebrate the day is by educating people about women’s equality. Encourage the women around you to come up and do incredible work for the development of the nation. Educate women in letting them know their social rights. Use the hashtag #Women’sEqualityDay to post your celebrations on social media.

Thank you for reading the post. You can celebrate every day with Happydays365.org and Happy Women’s Equality Day 2021.