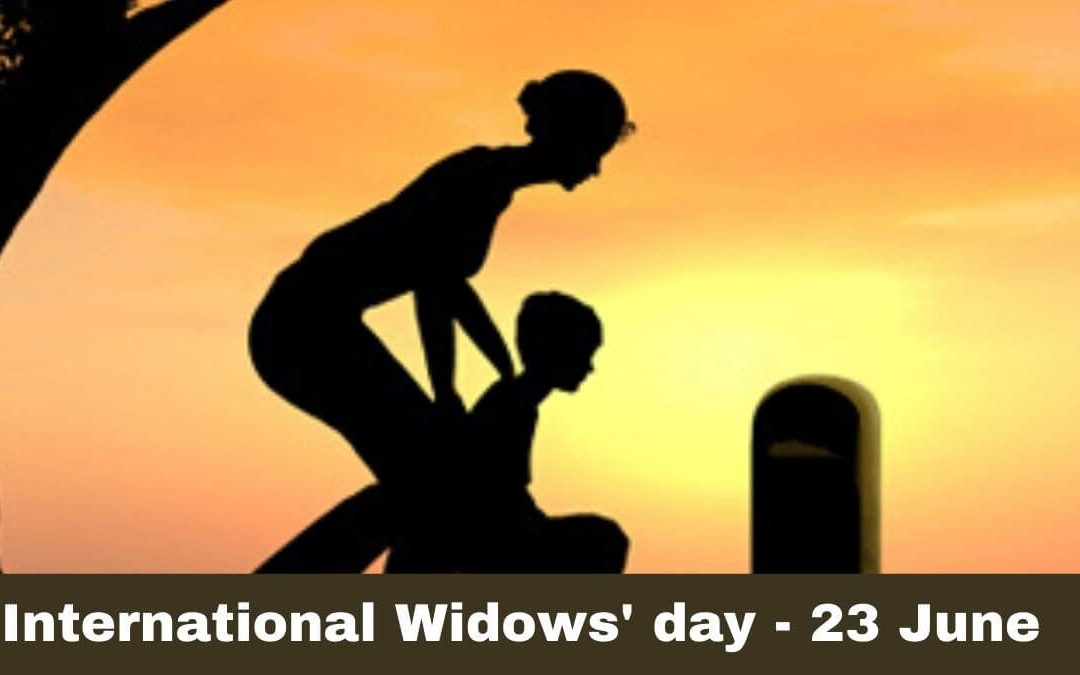 International Widows Day is celebrated on June 23 of every year. The day is celebrated to address the poverty and the injustice that faces by some windows and their children. The day introduced for raising awareness of and the issues faced by widowhood. The main goal of this foundation is to highlight all the invisible calamity that occurred for widows, then in 2010 the book Invisible, Forgotten Sufferers:  it shows the Plight of Widows all around the world, the basic estimate is of around 245 million widows in the worldwide. In that, nearly 115 million were living in poverty and suffering from all social stigmatization and economic deprivation because their husband is dead.

“My father died when I was seven, leaving a widow and five sons, ranging in age from five to seventeen. My mother was the most highly-disciplined and hardest working person I have ever known, and this, combined with her love and gentleness, enabled her to make a success of each of her children.” Arthur Lewis

The founder and the creator of International Widows Day are the Loomba Foundation. The major sign of the day that conducted on June 23rd is the mother of the Loomba Foundation Mrs. Shrimati Pushpa Wati Loomba has become a widow on that day, so they were conducting this day as International Widows Day. The First Widows day is conducted and took place in 2005, which was launched by Lord Loomba and the foundation’s president Cherie Blair. On the sixth International Widows Day, they handled more events in Rwanda, Sri Lanka, the United States, the UK, Nepal, Syria, Kenya, India, Bangladesh, and South Africa. The day made with the conference held in the headquarters of the United Nations which is located in New York. The day observed globally, but it was not declared as a holiday.

Other Celebrations on June 23

June 23 is also celebrated as

How To Celebrate International Widows Day

On this day you can donate or volunteer for the Widows and orphans who live all over the world. All the supported or donated funds were used only for the support of widows, more than that lot of volunteer workers were working in countries like Kenya for helping the widows and orphans who live in the back o track. On this day to know about Widow just watch some movies like Water (2005), Black Widow (1987), Passionada (2002), and much more. Then you can read the book about the struggles and life of widows their many books in the market like The Amish Widow’s Secret, A Widow’s Story, The Writings, and Later Wisdom Books, and more. You share your thoughts and ideas for the growth of Widows and orphans on social media by using the hashtag #InternationalWidowsDay.

Thank you for reading the post. You can celebrate every day with Happydays365.org and Happy International Widows Day 2021.