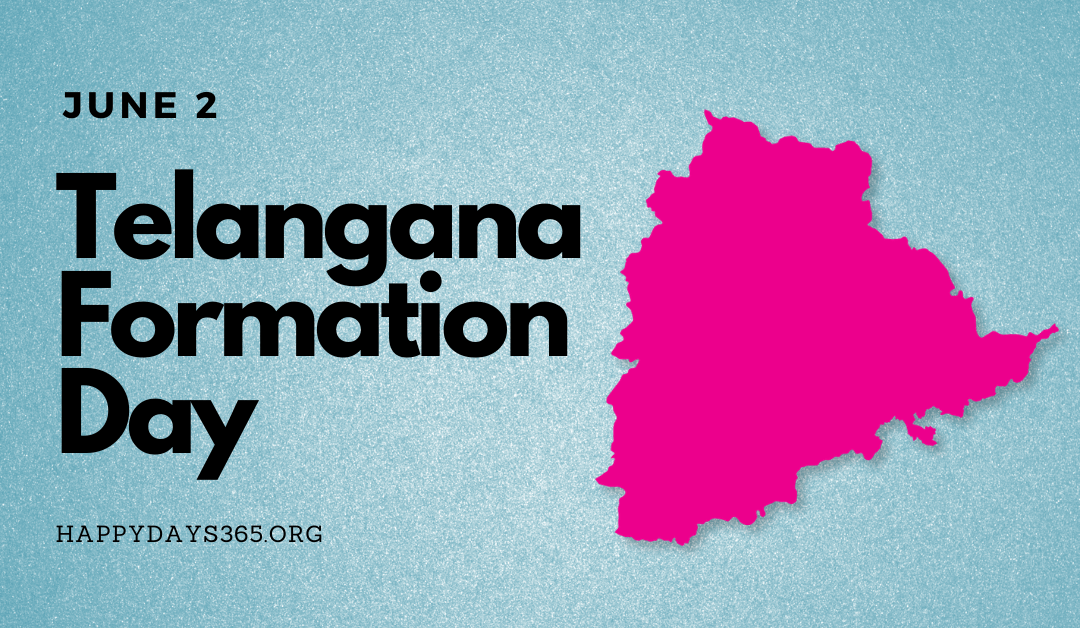 Telangana Formation Day, also known as Telangana Day, is a day to celebrate the formation of the state. It happened on June 2, 2014, until then, Telangana has been a part of Andhra Pradesh. After the separation, it has been celebrated as a state holiday in the Indian state of Telangana. Telangana is one of the 29 states in India, with Hyderabad as its capital. Also, it has the 11th largest and 12th most populated state in India. Now, it has its very own Government body with the governor, Chief minister, Legislature, and parliament assembly, etc. So let’s see more about the history, celebration, and many more in the upcoming article.

On July 1, 2013, the Congress Working Committee (CWC) had passed a resolution suggesting a new state separate from Andhra Pradesh. Later, the bill for the separation and formation of Telangana state was tabled in the Parliament in February 2014. In the same month, the Andhra Pradesh Reorganisation Act was also been passed by the Government of India. Finally, on June 02, 2014, the state of Telangana was established through the Telangana State Bill, and since then Telangana day has been celebrated every year.

Other Celebrations on June 2

June 2 is also celebrated as

This day celebrates the victory of the Telangana Movement that led to the birth of a new state. The Day is celebrated with parades, political speeches, ceremonies, and several other public and private events celebrating the history and traditions of Telangana all over the state. On this day, the state Chief Minister hoists the national flag and a ceremonial parade will be held at the parade grounds in Telangana. You can also share your thoughts, images, videos, etc. of the state of Telangana on social media platforms like Facebook, Instagram, Twitter, etc with the hashtag #TelanganaFormationDay.

Places to Visit in Telangana

Thank you for reading the article. Hope you celebrate the day with lots of happiness. Celebrate every day of your life with Happydays365.org. Happy Telangana Formation Day.