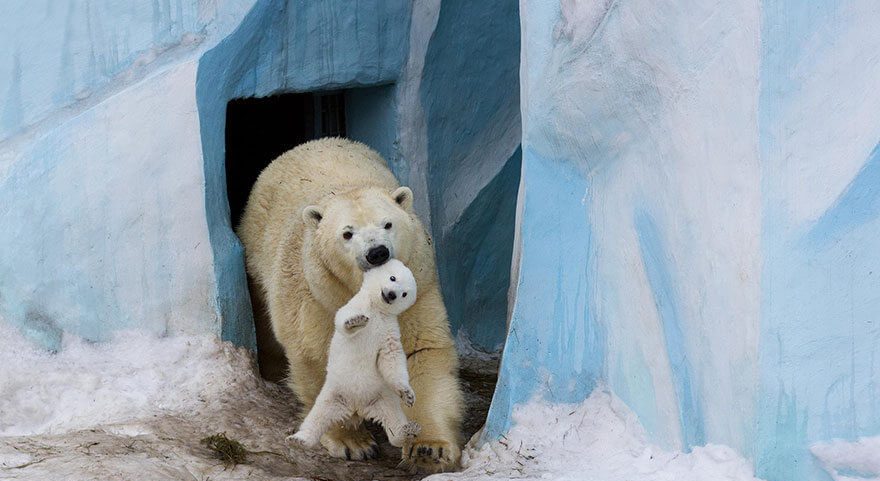 “For humans, the Arctic is a harshly inhospitable place, but the conditions there are precisely what polar bears require to survive – and thrive. ‘Harsh’ to us is ‘home’ for them.” – Sylvia Earle.

International Polar Bear Day is organised annually by Polar Bears International. On International Polar Bear Day many zoos around the world organize various events and workshops to educate people about polar bear conservation and to motivate people to visit polar bear exhibits. This day also encourages the insertion of energy-efficient insulation in houses, workplaces etc. This day even got some political impact. The deputy climate campaign manager, Jack Shapiro under Barack Obama, used this day to fight for the need for serious action on the problem of climate change. To support this day in the year 2014, The University of Saskatchewan declared that it would be turning up its thermostats 2 degrees in the summer and would turn down its thermostats 2 degrees Celsius in the winter to honour this day. This declaration is believed to reduce the university’s carbon release by 2000 tons and save the university over 200- thousand dollars every year. As per the World Wildlife Fund, the polar bears are the primary indicators of arctic marine ecosystem health as they got that habit of understanding about what is happening around the Arctic because at risk and danger polar bears are a signal of something wrong with the arctic ecosystem.

Other Celebrations on February 27

February 27 is also celebrated as

Celebrate the day by taking up the Thermostat Challenge along with Polar Bears International at home, workplaces, school, or other places. It is very simple to celebrate this day, just turn down your thermostat on this day to reduce your carbon output and help these beautiful species from extinction. Try to consider every day as a polar bear day by reducing carbon emission and installing energy-efficient insulation or by taking some steps to decrease your energy consumption all over the year. Also, post pictures and share your thoughts about the day with others on social media using the hashtag #PolarBearDay.

Thank you for reading the post. You can celebrate every day with Happydays365.org and Happy International Polar Bear Day 2021.