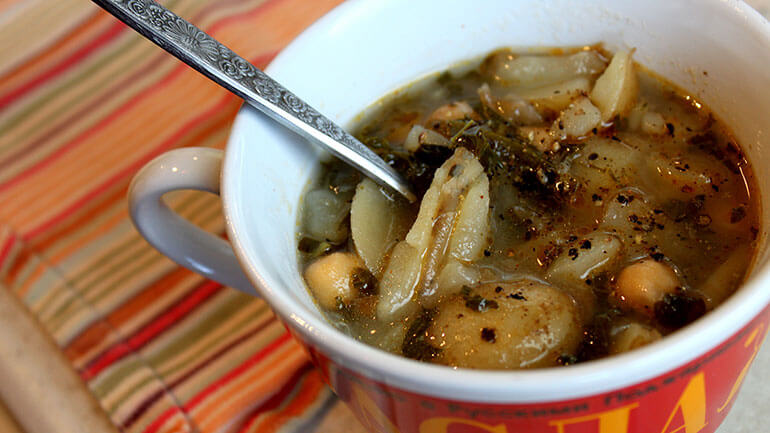 National Pepper Pot Day is an annual celebration feasted on December 29th of every year. Starters have a special place in the hearts of food lovers. Soup is the liquid food served first that includes vegetables or meat, and the soup varies with the ingredients. A special variety of soup that has been famous and popular is the Pepper Pot. It is a thick spicy soup that is prepared with twelve ingredients. National Pepper Pot Day celebrates this soup related to George Washington’s army during the American Revolution.

“Soup is a lot like a family. Each ingredient enhances the others; each batch has its own characteristics; and it needs time to simmer to reach full flavor.” – Marge Kennedy

The year at which the first feast of National Pepper Pot Day has been held is unknown. There is no mention about the founder of the Day. However, the origin of the Pepper Pot dates back to 1777. During the Revolutionary War, the Continental Army was fighting for the newly formed country of the United States of America. They have camped at Valley Forge during the cold and harsh winter of 1777-1778.  In the battle of Valley Forge, the army was feeling an unusually severe winter. They were unable to get proper food as the farmers in that region sold all their stocks to the British Army for cash. The farmers have refused to sell their goods to the Continental soldiers as they paid only a few currencies for their crops.

A baker general of the Continental Army named Christopher Ludwick had prepared food with items he gathered to feed the cold and fragile soldiers.  The chef had found some peppercorn, small bits of meat, tripe and other ingredients. Everything was mixed with other seasonings till it attains hot, thick, and spicy soup. The soup is also called as Philadelphia pepper pot. Later the soup was also nicknamed “the soup that won the war.”

Other Celebrations on December 29

December 29 is also celebrated as

Celebrating the National Pepper Pot Day is quite simple. You can have a cup of Pepper Pot soup as the starter on this cold winter day. Learn about the Pepper Pot soup and how to prepare it. Gather up the ingredients necessary to prepare the soup. Try it at your home for your family members. The most common elements included in this soup are beef or chicken, onion, garlic, ginger, allspice, thyme, bay leaf, black pepper, chilli pepper. To make it richer, you may add some vegetables like potatoes, sweet potatoes, butternut squash, pumpkin. Share your pepper pot recipe on the social media using the hashtag #PepperPotDay.

Thank you for reading the post. You can celebrate every day with Happydays365.org and Happy National Pepper Pot Day 2020.