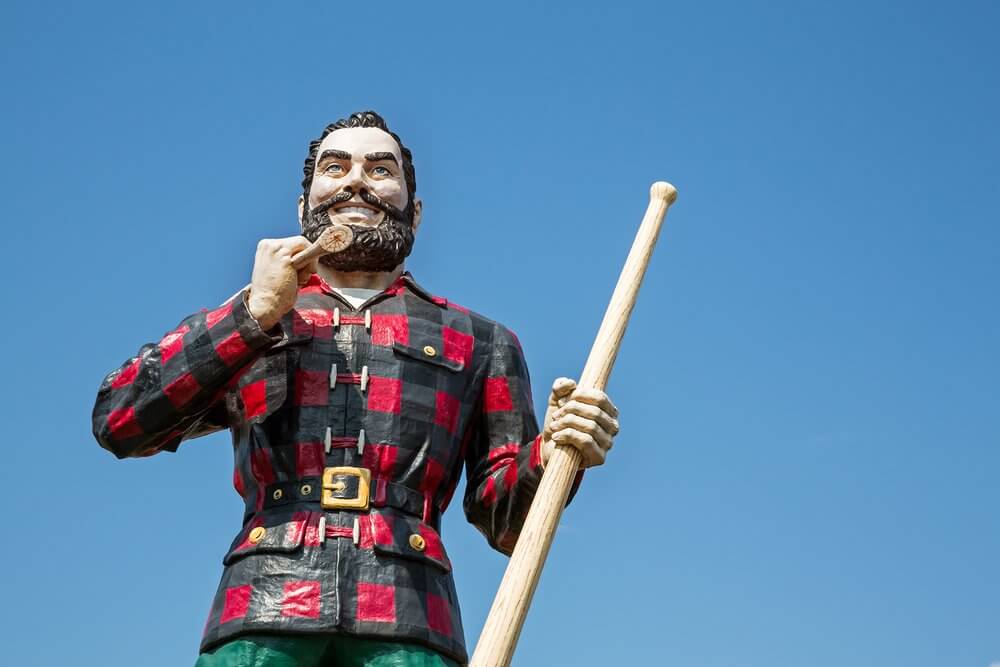 National Paul Bunyan Day comes on June 28 of every year. The day celebrates Paul Bunyan, one of the most popular North American folklore heroes. He has been the subject of various literary compositions, commercial works, musical pieces, and theatrical productions. The likeness of Paul Bunyan displayed in several Statues around North America.

The creator and origin of National Paul Bunyan Day are still unknown. The exploits of Paul Bunyan revolves across the tall tales of his superhuman labors, and Babe the Blue Ox customarily accompanies him. The character started in the oral tradition of North American loggers and was later familiarized by freelance writer William B. Laughead in a promotional pamphlet for the Red River Lumber Company on 1916. The legend Paul Bunyan tells that it takes five storks to carry him as a newborn and as he was a little older and clapped and laughed, it broke windows. The legend proceeds that he sawed off the legs of his parent’s bed in the middle of the night when he was only seven months old and that the Grand Canyon formed as he and the Babe, the Blue Ox walked through dragging his Axe behind him. The story of the Great Lakes being formed by Bunyan requiring to create a watering hole for Babe to drink from his another popular one told by many.

Other Celebrations on June 28

June 28 is also celebrated as

Celebrating National Paul Bunyan Day is quite easy. Just find out more about local folklore, no matter where you live in the world, there are some interesting legends about the area, so take advantage of this little folk holiday to find out some more. You can read several Paul Bunyan tales and use the hashtag #PaulBunyanDay to post on social media.

Thank you for reading the post. Celebrate every day with Happydays365.org and Happy National Paul Bunyan Day 2021.