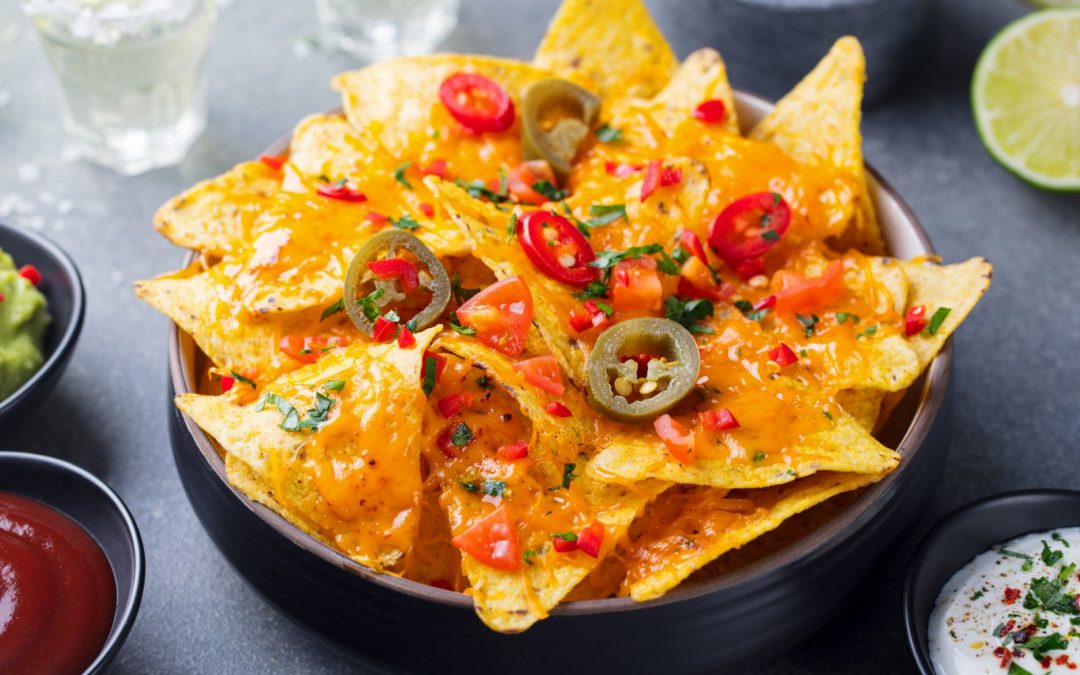 National Nachos Day is celebrated on November 6 of every year. It is a tortilla chip that covers with nacho cheese or other melted cheese and served with salsa. Celebrate a National Nachos Day by making the ultimate nachos. We’re thinking a platter of chips, nacho cheese, carnitas, mozzarella sticks, Buffalo wings, queso from Bar Ama downtown, quesadillas, taquitos, hot peppers, jalapeños, bacon guacamole, fried kale for some color, and a grilled rib-eye steak.

“He was chugging brown pop from a can Jack had handed him while he stuffed nacho cheese Doritos in his face. I was glad to see he looked lots better, almost completely like himself, which proves Doritos and brown pop really are health foods.” – P. C. Cast

It was created sometime around 1943. Nachos can be made quickly and served as a snack, an appetizer or prepared with extra ingredients as a full meal. The original recipe is printed in the 1954 St. Anne’s Cookbook. In 1943, when the wives of some American soldiers assigned nearby came into his restaurant, the maitre d’hotel, a name was Ignacio “Nacho” Anaya, had to make them something to eat. The problem was that is evening, and already a few minutes past closing time, so Ignacio didn’t have enough ingredients removed to make any real, full dish—all he had were tortillas, shredded cheese, and some pickled jalapeno peppers.

Other Celebrations on November 6

November 6 is also celebrated as

How to Celebrate National Nachos Day

Just make nachos of your own and share it with your family members and friends. Nachos with plenty of toppings are often called loaded nachos, visit your nearby restaurants and enjoy the taste of Nachos with your friends or family members. Don’t forget to take pictures while eating Nachos and share those images with others on social media by using the hashtag #NationalNachosDay or #NachosDay.

Thank you for reading the post. Celebrate every day with Happydays365.org and Happy National Nachos Day 2020.