Months of the Year in Zulu 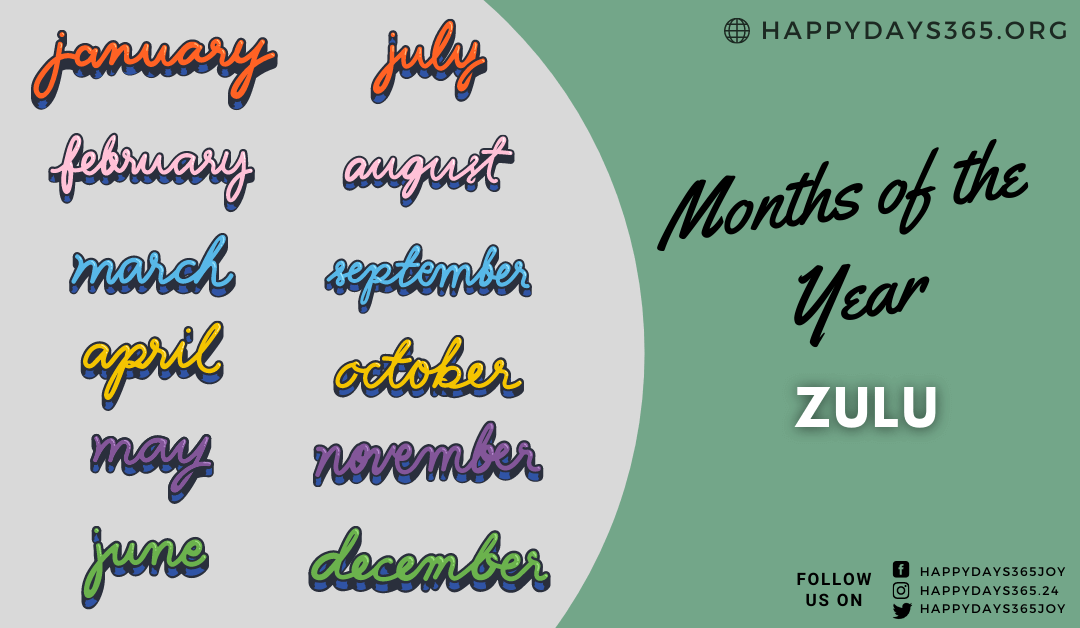 Zulu (pronounced as isízṳːlu) is the official and home language of South Africa. It is commonly called isiZulu by the Zulu people, and also it is the second most popularly spoken Bantu language after Swahili. The language has over 12 million native speakers all around the world. This Southern Bantu language comes under the language family Niger-Congo. The language is also spoken in Lesotho, Eswatini, KwaZulu-Natal, Eastern Gauteng, Eastern Free State, and Southern Mpumalanga. The Zulu language has two writing systems: Latin (Zulu alphabet) and Zulu Braille. The language spoken in Zimbabwe is known as Northern Ndebele language or isiNdebele, which is closely related to Zulu. Xhosa is also similar to the Zulu. In the upcoming passage, let’s see how to say months of the year in Zulu.

How to Say English Months in Zulu

Here let’s see how to say months of the year in Zulu.