Months of the Year in Yoruba 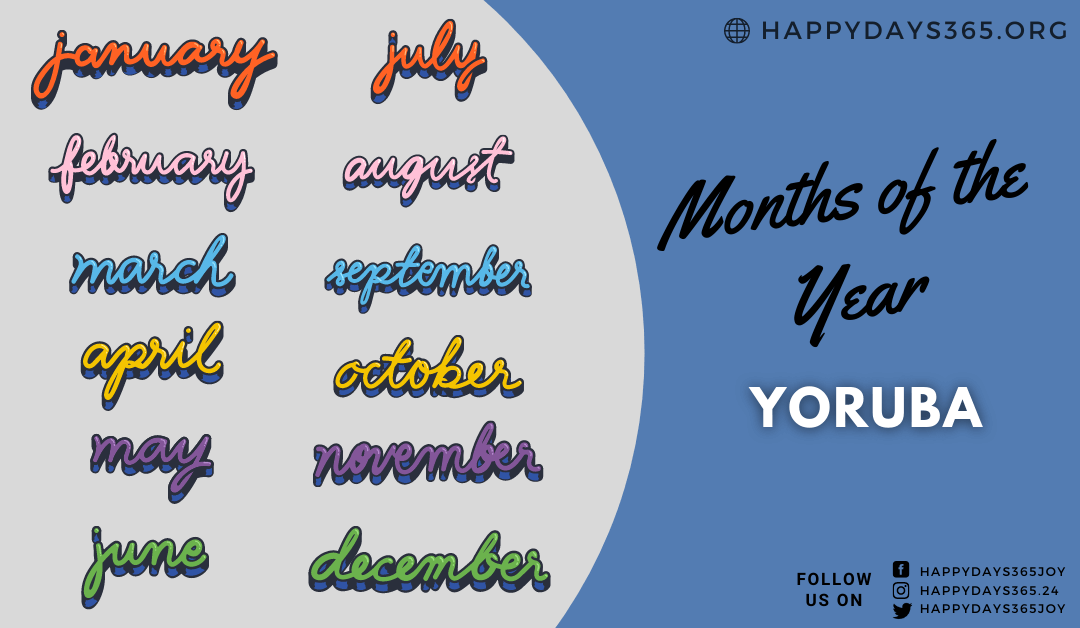 Yoruba is the most popularly spoken language in West Africa. It is the official language of Benin, Nigeria, and Togo. It has over 50 million native speakers all around the globe. Yoruba comes under the language family of Niger-Congo. The people who speak the language are called ethnic Yoruba people, and these people are 13.9% of the whole countries population. The language has three writing systems: Yoruba alphabet (Latin), Yoruba Braille, and Arabic script (historically). Yoruba vocabulary is used in several languages like Candomblé (Afro-Brazilian religion), liturgical Lucumí language (Caribbean religion of Santería), and several other Afro-American religions of North America. Yoruba has five different varieties: North-West Yoruba (NWY), North-East Yoruba (NEY), Central Yoruba (CY), South-East Yoruba (SEY), and South-West Yoruba (SWY). In the upcoming article, let’s see how to say months of the year in Yoruba.

How to Say English Months in Yoruba

Here let’s see how to say months of the year in Yoruba.