Months of the Year in Tagalog (Filipino) 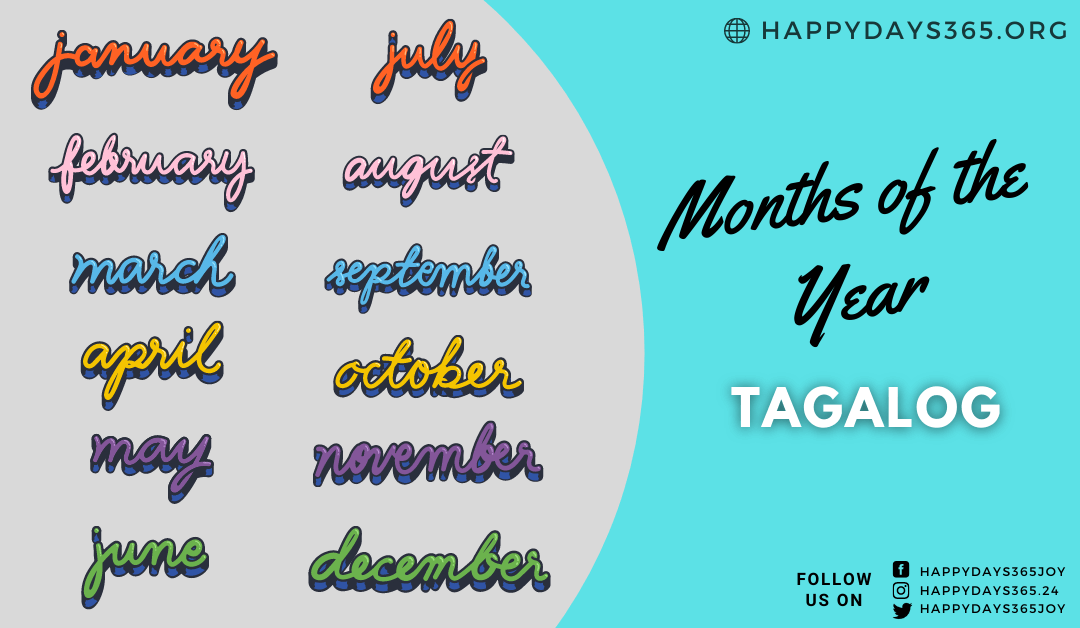 Tagalog is the official language of the Philippines. It is also called Filipino or Pilipino. It comes under the language family Austronesian. It has over 23 million native speakers all around the world. Tagalog is almost linked to many other Philippine languages like the Bikol languages, Ilocano, the Visayan languages, Kapampangan, Pangasinan, and other Austronesian languages, such as the Formosan languages of Taiwan, Malay (Malaysian & Indonesian), Hawaiian, Māori, and Malagasy. The early forms of Tagalog are called Proto-Austronesian. The standard form of Tagalog is called Filipino. Tagalog has four different dialects zone: Northern, Central, Southern, and Marinduque, where each zone has various tones and slang. Tagalog has three writing forms: Latin (Tagalog/Filipino alphabet), Philippine Braille, and Baybayin (historical). In the upcoming passage, let’s see how to say months of the year in Tagalog.

How to Say English Months in Tagalog

Here let’s see how to say months of the year in Tagalog.