Months of the Year in Sepedi (Sesotho) 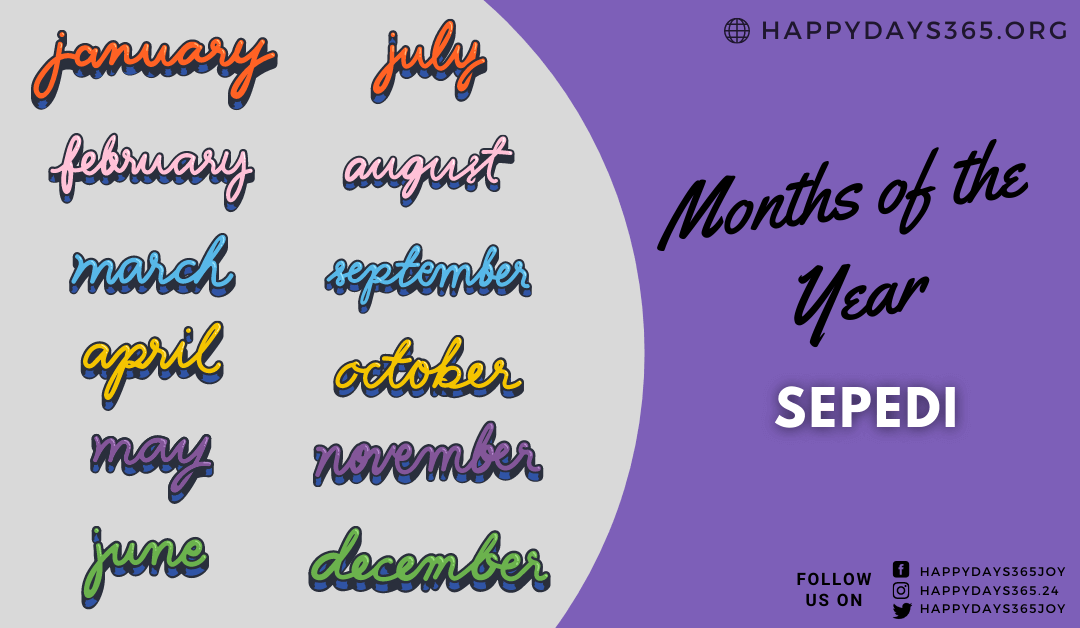 Northern Sotho Language is referred to as Sepedi, pronounced as sɛˈpɛdi (shortly known as Pedi). Sesotho sa Leboa is the common name given to the language by its native speakers. The people who speak the language are called Pedi People. There are over 4.7 million native speakers worldwide. It comes under the language family of Niger-Congo. It is the official language of South Africa and is spoken in regions like Gauteng, Limpopo, and parts of Mpumalanga. The language has two writing systems: Latin (Northern Sotho alphabet) and Sotho Braille. In the upcoming passage, let’s see its dialects and how to say months of the year in Sepedi.

How to Say English Months in Sepedi

Here let’s see how to say months of the year in Sepedi.