Months of the Year in Persian 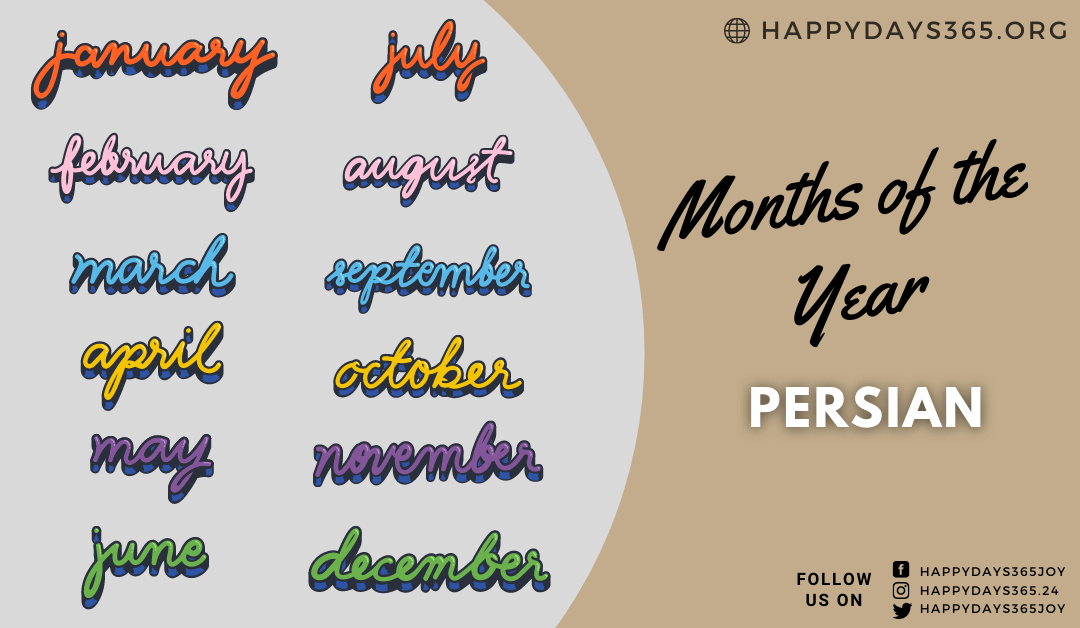 Persian is the official language of Persia in Iran. It is also called Farsi (pronounced as fɒːɾˈsiː). It is a Polycentric Language that has official status in Afghanistan, Tajikistan, Dagestan, Iraq, Turkmenistan, Russia, and Azerbaijan. The language has three standard forms: Iranian Persian, Dari Persian, and Tajik Persian. Persian comes under the language family of Indo-European and it has over 110 million speakers worldwide. It has three early forms: Old Persian, Middle Persian, and Early New Persian. The language has more than 10 varieties of Dialects namely Dari, Tajik, Bukhori, Pahlavani, Hazaragi, Aimaq, Judeo-Persian, Dehwari, Judeo-Tat, Caucasian Tat, and Armeno-Tat. Apart from these, the language has three writing systems: Persian alphabet (Iran and Afghanistan), Tajik alphabet (Tajikistan), Hebrew alphabet, and Persian Braille. In the upcoming passage, we are gonna know about how to say months of the year in Persian.

How to Say English Months in Persian

How to Say Persian Solar Hijri Months in English