Months of the Year in Korean 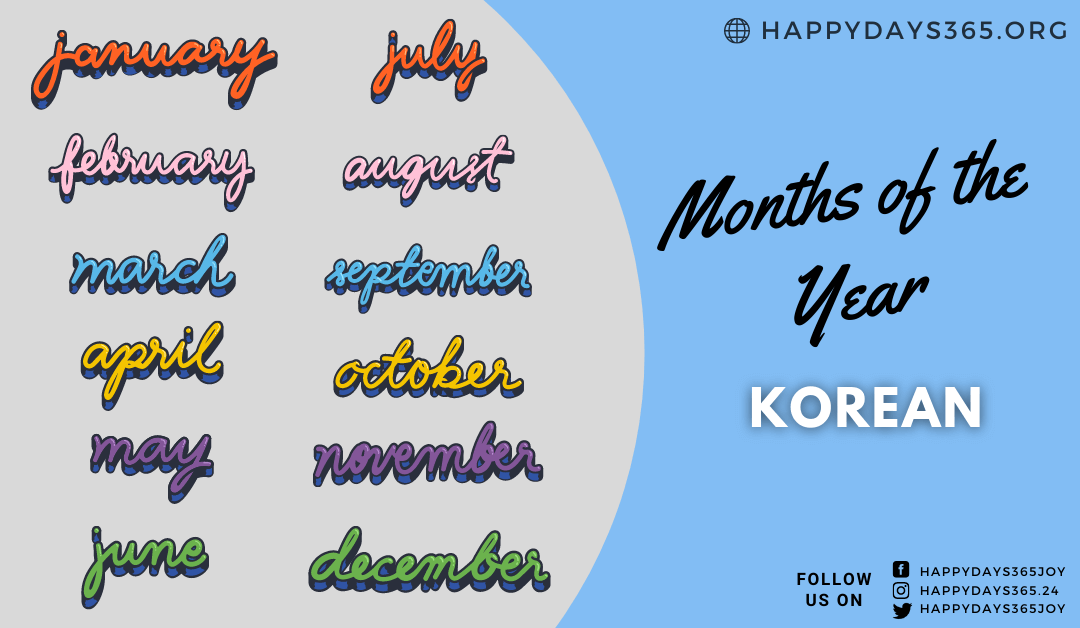 Korean is the official language for both North Korea and South Korea. In South Korea, the language is called hangugeo (ha(ː)n.ɡu.ɡʌ), and in North Korea, it is called chosŏnmal (tso.sɔn.mal). The difference between the two languages is Spelling and pronunciation. It is an East Asian Language that comes under the language family Koreanic. It has over 77.2 million native speakers worldwide, and the people who speak the language are called Koreans. The early form of Korean is Proto-Koreanic, and the standard form is Pyojuneo in South Korea and Munhwa’ŏ in North Korea. It has four writing systems: Hangul/Chosŏn’gŭl (Korean Script), Hanja/Hancha (Chinese Characters), Mixed script, and Korean Braille. The language is widely recognized in countries like China and Russia. In the upcoming passage, we will see how to write and say months of the year in Korean.

Related: Days of the Week in Korean

How to Say English Months in Korean