Months of the Year in Danish 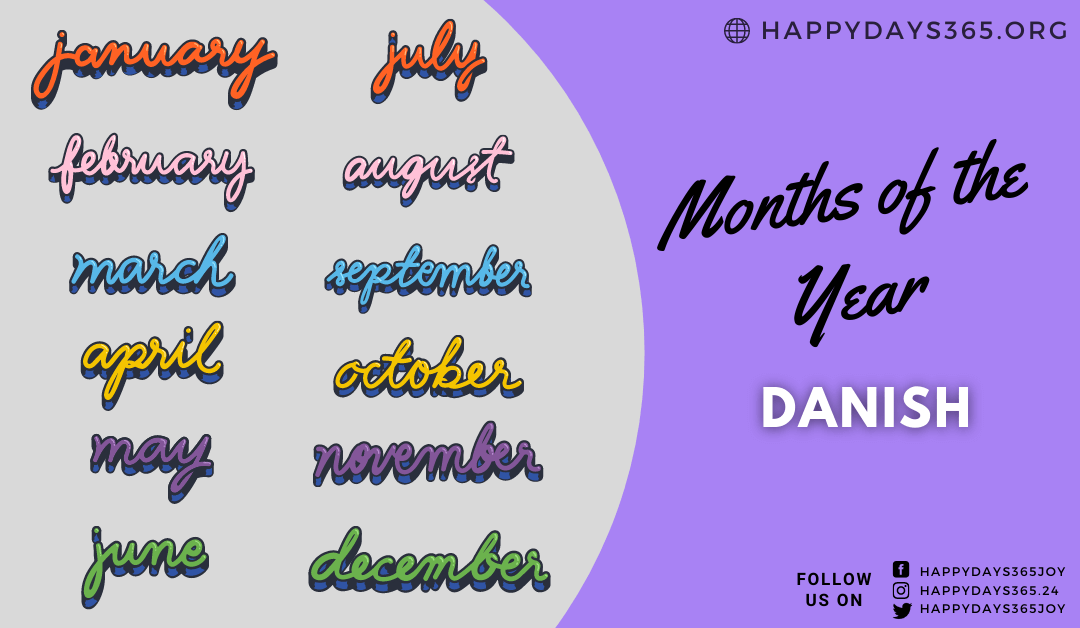 Danish is Denmark’s national language and the official language in countries like the Faroe Islands, Nordic Council, and European Union. This North Germanic language comes under the language family Indo-European. The language has over 6 million native speakers all around the world. People who speak Danish are called Danes and Schleswigers. Danish is recognized as a minority language in Greenland and Germany. It has three writing systems: Dano-Norwegian alphabet, Danish orthography, and Danish Braille. The early form of Danish is called Old Norse. Apart from this, the language has four popular dialects, namely Bornholmian (Eastern Danish), Jutlandic, South Jutlandic, and Insular Danish. In the upcoming passage, let’s see how to say months of the year in Danish.

Related: Days of the Week in Danish

How to Say English Months in Danish