Months of the Year in Chinese 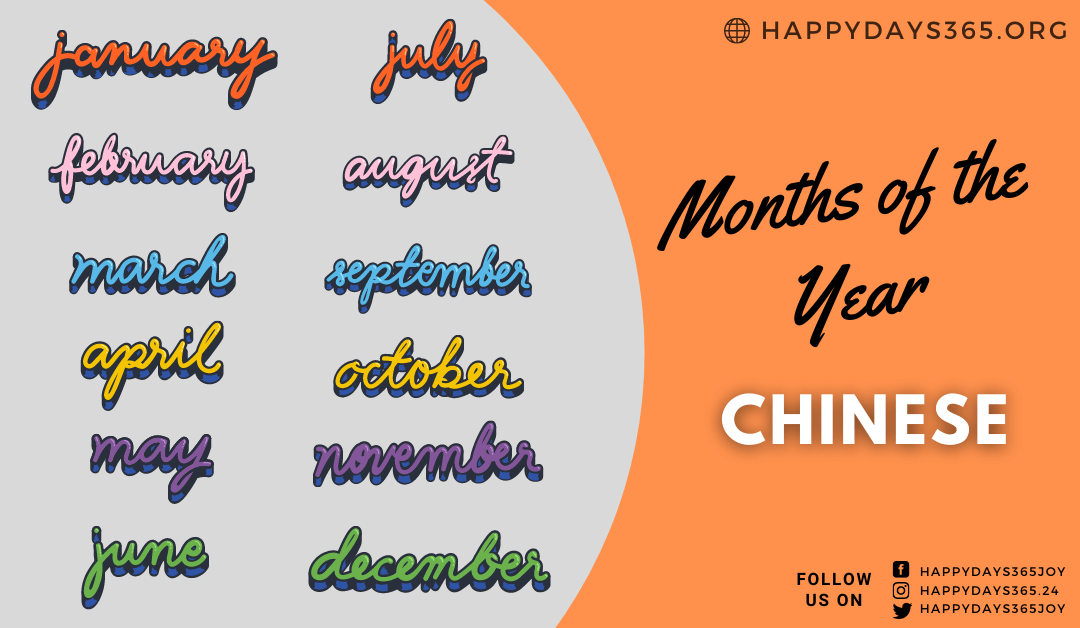 The Chinese language is the most spoken launguage in China, one of the world’s largest continents with the highest population. Mandarin is the official dialect of Chinese and the most spoken by over 70% of the population. Mandarin is also called Putonghua. Apart from Mandarin, several other dialects are spoken widely in China and many parts of the world like Wu dialect, Min dialect, Gan dialect, Kejia dialect, Hakka dialect, Yue (Cantonese), and Xiang (Hunanese). It has about 1.2 billion native speakers worldwide, which is 16 percentage of the World’s total population. It comes under the language family called Sino-Tibetian. In this article, you are gonna learn how to say Months of the Year in Chinese.

Chinese also has two standard forms and Writing forms. Standard forms are Standard Mandarian and Standard Cantonese. Writing forms are Simplified Chinese and Traditional Chinese. In Chinese, the word Month is written as 月 and pronounced as Yuè. The plural form of the month is said as the same as Yuè. So let’s see how to say months of the year in Chinese.

Related: Days of the Week in Chinese

How to Say English Months in Chinese