Months of the Year in Bulgarian 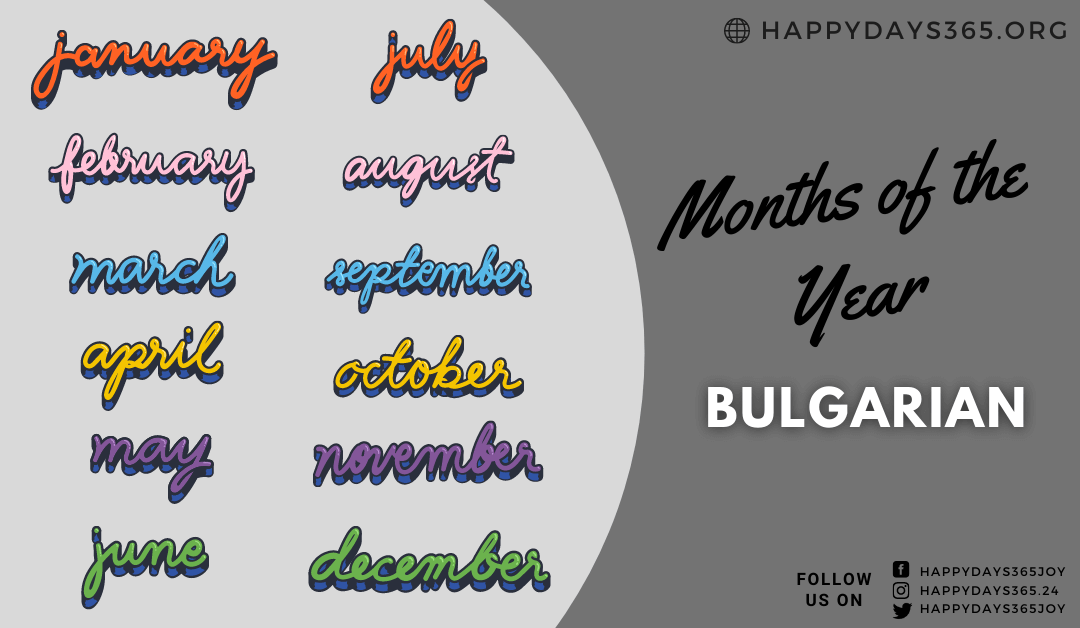 Bulgarian is the national language of Bulgari and has been recognized as minorities in countries like Albania, Greece, Romania, Macedonia, Moldova, Serbia, Turkey, Ukraine, and European Union. It is a South Slavic language spoken in Southeastern Europe which comes under the language family called Indo-European. It has over 8 million native speakers worldwide and the people who speak this language are called Bulgarians. It has three writing systems: Cyrillic (Bulgarian alphabet), Bulgarian Braille, Latin (Banat Bulgarian Alphabet and Banat Bulgarian dialect). So let’s see how to say months of the year in Bulgarian.

The Bulgarian language has several dialects and they are

How to Say English Months in Bulgarian

Here is the list of months of the year in Bulgarian