Months of the Year in Bemba 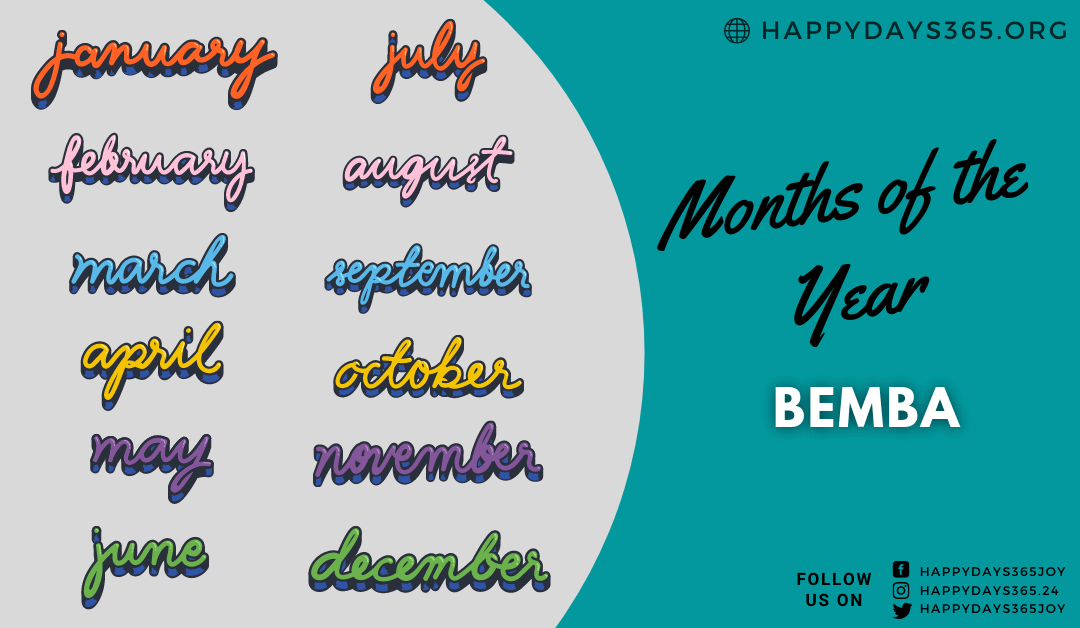 Bemba is the language spoken in regions like Zambia, the Democratic Republic of the Congo, and Tanzania. It is a Bantu language spoken mostly in north-eastern Zambia by the Bemba people and acts as a link language for about 18 related ethnic groups, including the Bisa people of Mpika and Lake Bangweulu. It comes under the language family called Niger-Congo and has over 4.1 million native speakers worldwide. The people who speak this language are called Bemba people and Bangweulu Twa. It has a dialect called Town Bemba. The Lamba language is similar to Bemba and many believe it a dialect of Bemba. It has two writing systems: Latin (Bemba alphabet) and Bemba Braille. So let’s see how to say months of the year in Bemba.

Bemba is also called in several names like ChiBemba, Cibemba, Ichibemba, Icibemba, and Chiwemba. In Bemba, the word month is written as Mweshi. So let’s see how to say the rest of the gregorian months of the year in Bemba.

How to Say English Months in Bemba