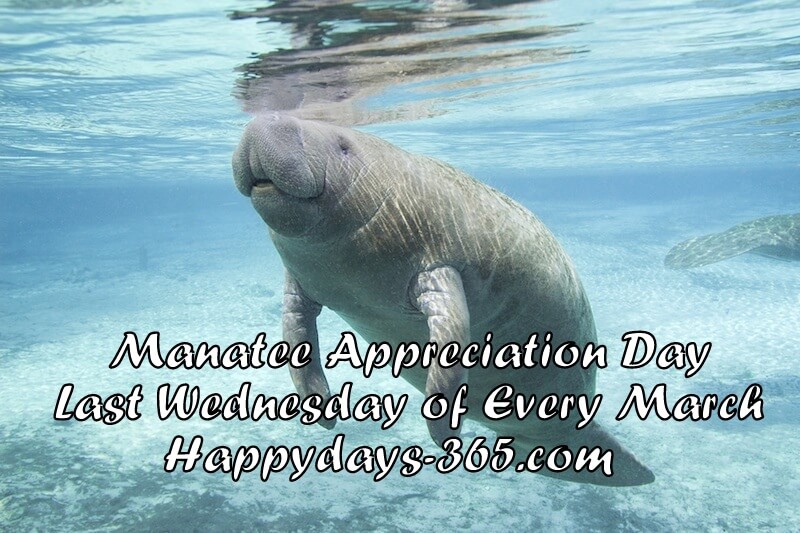 Manatee Appreciation Day is celebrated on March 28th of this year. It is an annual celebration observed on the last Wednesday of every March. The world not only adores the cutest species but it also celebrates and appreciates even those who are not classified in such a list. Manatee is one of its kind which is an aquatic mammal and sometimes known as sea cows. The manatees are usually large in size and are mostly herbivorous marine mammals known for its jowly appearance. It is very much essential to shower little love for these incredible and unique ocean-dwellers. Over the last century, the manatee numbers have dramatically decreased as with hunting pressures and are on the verge of endangered species. Thus, the manatee enthusiasts have created the Manatee Appreciation Day as a way to raise awareness about the Manatee and the number of threats faced by them.

“A full-grown manatee, which can weigh more than 1,000 pounds, looks like the result of a genetic experiment involving a walrus and the Goodyear Blimp.” – Dave Barry

The Manatee Appreciation Day‘s origin, history, and the start of this celebration are unpredictable. There is no mention of the person or the organization who has created this Day. We can assume that it was a person or an organization that has infinite love for the Manatee has come up with this Day. However, this is an awareness Day that raises how much important it is to save the endangered quirky aquatic creatures called Manatees. There are numerous threats faced by the Manatees one such biggest problem faced by them is the hunting. Though hunting manatees are usually illegal, poachers hunt and kill them for their hides, oils, meat and bones. Often they are fatally injured in collisions with the boats, and the habitat loss is few other reason for Manatee being listed as the endangered species. 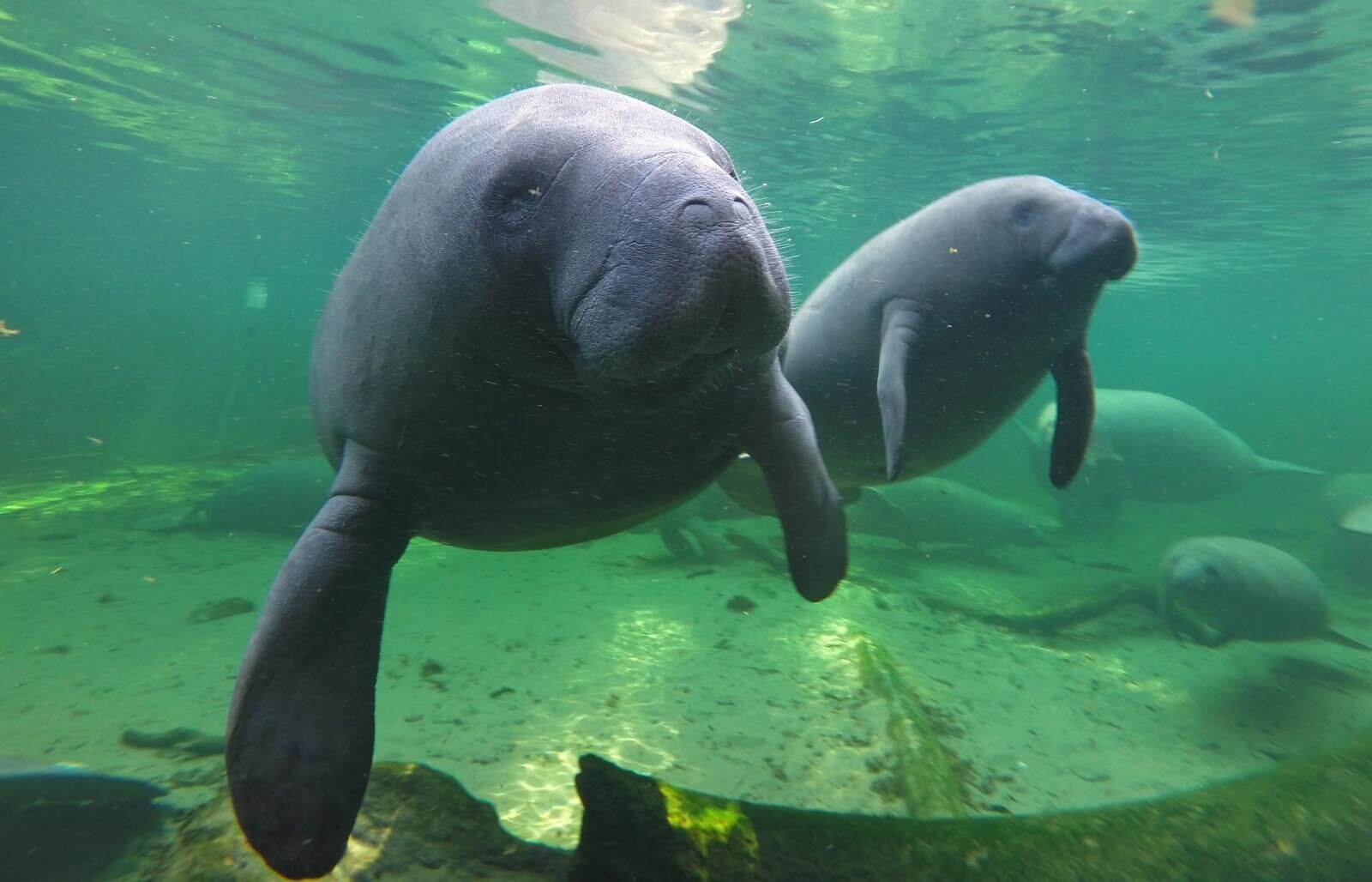 It is vital to increase the awareness of odd-looking marine mammal called manatee and various ways to preserve them. It is because these unusual creatures are ultimately still at risk and are indeed vital to save them from extinction. They were first listed under the Endangered Species Act in 1967, and their numbers have been steadily increasing. The Manatee Appreciation Day is a great reminder to all of us that spectacular mammals and their habitat need our support. The Day is particularly celebrated in appreciation of the Manatees and as a way to make them continue to exist in the future. The Manatees are immense sized, fully aquatic, and mostly calm herbivorous marine mammals. They spend most of their time by eating, sleeping and traveling.

Manatees belong to the family Trichechidae and are occasionally called as sea cows. They resemble the cows on land as they are often slow plant-eaters and calm mammal. Manatee grazes on the water plants in the tropical seas, and it measures up to 4 meters long and weighs as much as 590 kilograms. It will have paddle-like flippers and is known to live for up to 60 years. The lungs of these mammals are two-thirds the length of their bodies, and it can breathe only through their nose. It is found that the Manatees can eat for about a tenth of their own weight in a single day. They are often a migratory species and are inhabited to the Florida waters throughout the winter and spends their time by moving as far north as Virginia and west as Texas during the summer months. Hence, this Day is particularly celebrated in the high-risk areas such as Florida in an attempt to bring awareness about these adorable aquatic mammals.

Other Celebrations on March 28

March 28 is also celebrated as

How To Celebrate the Manatee Appreciation Day

Celebrating the Manatee Appreciation day is very simple and easy. Firstly, know about the Manatees in detail and their habitats. Then know what are the major threats they are facing and take this Day as the best opportunity to raise awareness about this calm aquatic mammal. You can even take part in the events that are usually taking place in the Florida, Mexico and the Caribbean. These were the areas with large manatee populations, and so you can spread knowledge about the importance of Manatee among the boaters. Organize a manatee-related programming and collect funds to donate it to the manatee conservation events. Share your awareness about the Manatees on the social media using the hashtag #ManateeAppreciationDay.

Thank you for reading the post. Celebrate every day with Happydays-365.com and Happy Manatee Appreciation Day 2018.