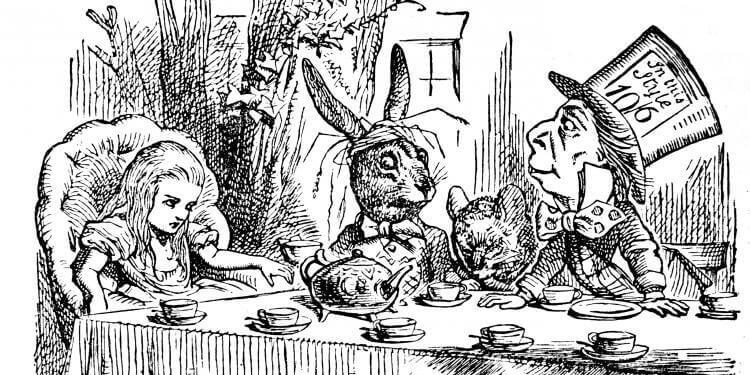 Mad Hatter Day is an annual observance celebrated on October 6th of every year. Are you crazy? Are you mad or insane? Say a big yes to all such questions. Bring out your silly side on this day as it celebrates the silliness. Mad Hatter Day marks the Hatter or Mad Hatter, a fictional key character in Lewis Carol’s Alice in Wonderland.

“Mix a little foolishness with your serious plans. It is lovely to be silly at the right moment.” – Horace

Mad Hatter Day was created and celebrated in Boulder Colorado in the year 1986. The Hatter and his antics in the epic fantasy novel day were inspired by a group of computer technicians in Boulder, CO. The Hatter is an eccentric milliner in the novel for whom the time is always stuck at the tea party with his friend the March Hare. It is also known as The Mad Hatter from Alice’s Adventures in Wonderland, is a fictional character who typically acts silly. Their inspiration had nothing better to do than celebrating this day with the theme of silliness. It was soon accepted by the people as it caused less damage in celebrating the silliness. It was the second crazy day in the year next to April Fools’ Day.

Mad Hatter Day was first recognized as an official holiday in 1988 and also received its first national press coverage by news services. The national election in 1988 certainly gave this day a good boost. Sir John Tenniel was an English illustrator and a political cartoonist. He had illustrated The Mad Hatter wearing a hat and all of Lewis Carroll’s colorful characters earlier in 1864. The illustration was on a piece of paper that has 10/6 written on it. The 10/6 refers to the cost of a hat with 10 shillings and 6 pence. In the year 1865, Alice’s Adventure in Wonderland was first published.

The creators of the holiday are from the United States took 10/6 as the month/day (mm/dd) format. Hence the holiday falls on the tenth month’s sixth day, i.e., October 6 (10/6). “Mad as a hatter” is a colloquial form of the phrase that refers to a crazy person. During the 18th and 19th centuries, the production of felt involved England mercury with which the felt hats were manufactured. People who worked in these hat factories suffered from dementia as they were exposed to trace amounts of the metal daily. Thus, the phrase became popular, and it refers to someone who was perceived as insane.

Other Celebrations on October 6

October 6 is also celebrated as

How to Celebrate Mad Hatter Day

Celebrating Mad Hatter Day is very simple. Grab yourself a top hat, wear it for the whole day and show your silliness out. Do some crazy things to make the day enjoyable. If you wanted to know the full story, then read Alice in Wonderland. You can even watch out for the movies based on the novel Alice’s Adventures in Wonderland. You can host an Alice in Wonderland-themed tea party in your home by inviting your family and friends. Post and share your celebrations on social media using the hashtags #MadHatterDay.

Thank you for reading the post. You can celebrate every day with Happydays365.org and Happy Mad Hatter Day 2021.