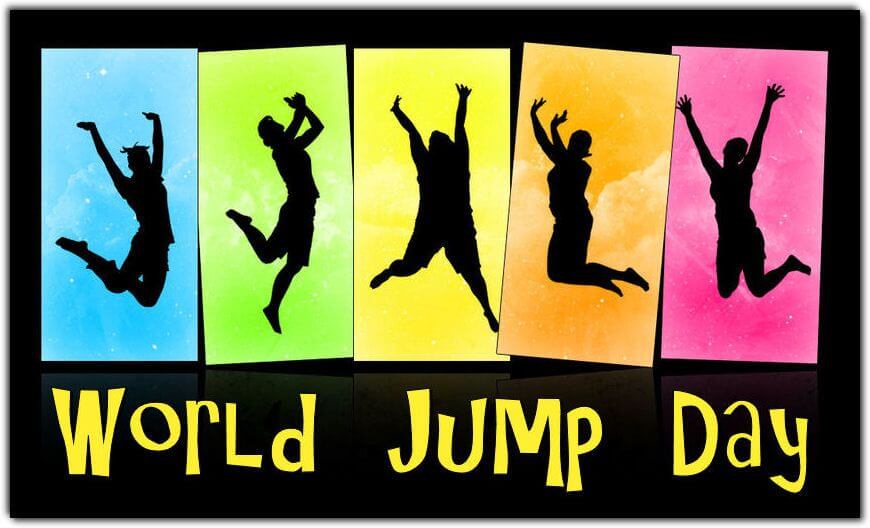 World Jump Day is observed on July 20 of every year. World Jump Day is exactly celebrated at 11:39.13 GMT, during which millions of people from Western Hemisphere jump simultaneously. It is believed that by doing the coordinating jump, the earth would be moved from its orbit into a new one, and would stop the global warming. Technically many scientists do agree with the concept, that particular activity can be done for fun and may affect the rotation of the earth to some extent. Scientists from the Department of Gravitation says that if 600 million people jump at the same moment, the earth will move a bit from its orbit, which will cause earth distant from the sun, resulting in reduced global warming. It is based on the theory that changes in earth mass will make a difference in earth’s orbit. But many people consider this day as a fun prank as earth mass includes plants and animals and until the whole mass is thrown off, its difficult to change the earth from its orbit. Working or not working, jump up to observe this day.

“Jump, and you will find out how to unfold your wings as you fall.” – Ray Bradbury

World Jump Day was created by Torsten Lauschmann, a German artist from the United Kingdom. He created a website to promote the concept widely. World Jump Day was first observed on July 20, 2006; the site unbelievably had almost 600,256,820 registered jumpers. He considered the act as an art installation and reminded people about the global warming. But many people consider this day as the hoax, as the seriousness of the people intention is questionable and people weight on earth is so minimal that it is hard to cause any effect. The day is considered to be unscientific and was widely discredited. Whatever the reason is, jump to try your luck in moving the earth.

Observe the day precisely at 11:39:13 GMT by jumping off the from land. Spread the news to friends and family. And make them take part in the event. You also register yourself for the World Jump Day site to be a part the official event. Jump day can be fun to celebrate, wherever you are, make your surroundings aware of the concept and jump together. So this would add little fun to your day. Maybe today, you got an interesting topic to discuss with people you come across. Post pictures and share your World Jump Day celebrations on social media by using the hashtag #WorldJumpDay.

Thank you for reading the post. You can celebrate every day with Happydays365.org and Happy World Jump Day 2021.