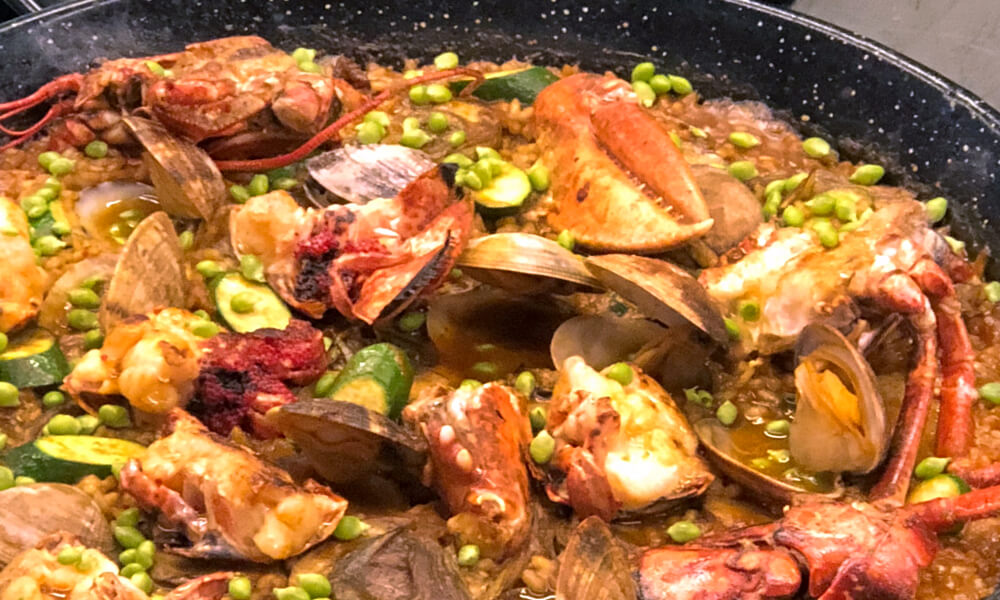 National Spanish Paella Day is an annual feast celebrated on March 27th. The foodie lovers have got yet another holiday to fill up their stomach with the tasty, delicious Paella. Spanish Paella is a world-famous dish that has been loved and eaten by millions of people. It is a traditional Spanish dish with the rice being the main ingredient and is being served as a main course. Many countries and regions are preparing their own Spanish Paella recipes and variations. However, the best paellas are made in Spain on the beach using the fresh seafood. Celebrating this special Valencian Spain food is indeed a must thing as with the popularity and fans it has gained. Spice up your meal with the Spanish Paella and make the National Spanish Paella Day a joyous food feast.

“There is no sincerer love than the love of food.” – George Bernard Shaw

The history and the origin of the National Spanish Paella Day are unknown. The year from when this Day has been in celebration, and the reason for choosing this specific date for the Spanish Paella are also not known. But, Spanish Paella has got a rich tradition and history. Although it has got ancient roots, the modern form of the Spanish Paella has thought to be originated in the mid-19th century in the Valencia region of Spain. The creator of this Day might have been a crazy fan of the Spanish Paella and his love for it has ended with this celebration Day. Paella is a traditional Spanish dish which is made of rice, different kinds of beans, meat or fish, and a delicious sauce. It is usually flavoured with saffron, olive oil, paprika, and some other spices and herbs.

Paella is available in different versions, and it includes Valencian paella, seafood paella, vegetable paella, and mixed paella. The Valencian paella is considered to be the original recipe. It usually consists of white rice, green vegetables like beans, white beans, meat (chicken, duck, and rabbit), snails, and saffron and rosemary as the seasonings. Paella is cooked over an open fire usually in a large shallow steel pan. The pan will have two handles, and thus it is called paella. Traditionally, it must be eaten directly out of the pan.

Celebrating the National Spanish Paella Day is quite simple. Visit the nearest Spanish restaurant to taste the finger licking Spanish Paella. You are not restricted to preparing it on your own. Preparing the Spanish Paella needs skills, and so you can learn how to make it from a cookbook or trusted source. Serve your homemade Spanish Paella to your family members. It is a social food to share with your friends, and so you can organize a get-together for them and serve them. If you are living somewhere near Spain, then take a visit to the famous restaurant to enjoy the traditional flavour. You can share your views about Paella and its celebration pictures on the social media using the hashtag #SpanishPaellaDay.

Thank you for reading the post. You can celebrate every day with Happydays365.org and Happy National Spanish Paella Day 2021.