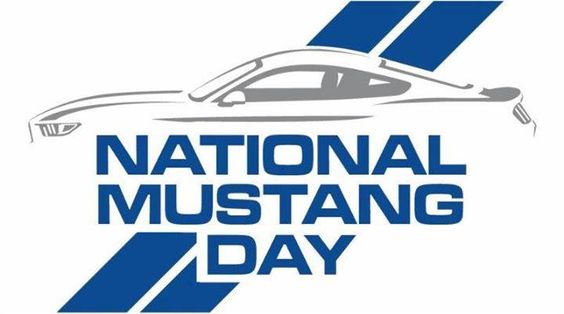 Mustang lovers celebrate national Mustang Day on April 17 of every year. Mustang, in general, is a free-roaming horse which are descendants of Spanish, horses that were brought to America by Spanish explorers in the 16th century. The name means owner-less beast or stray horse. The Ford Mustang is an American car manufactured by Ford. It was initially made based on the platform of the second generation North American Ford Falcon which was a compact car. The 1965 Mustang won the Tiffany Gold Medal for excellence in American design, the first automobile ever to do so. It has also won the Motor Trend Car of the Year award in 1974 and 1994. Mustang has its credits to celebrate this day.

“Ford Mustang is the hottest car in the industry, and its performance on the street and in the showrooms is beating everyone’s expectations.” – Steve Lyons

National Mustang Day was introduced in late 2015 and was started to be celebrated from 2016 with the idea of the Mustang World coming together on April 17th and driving their Mustang. This day is the birth date of the Mustang and was first shown to the automotive world at the New York World’s Fair on April 17, 1964. The original 1962 Ford Mustang I two-seater concept car had evolved into the 1963 Mustang II four-seater concept car which Ford used to pretest how the public would take an interest in the first production of Mustang. The Mustang has undergone several transformations to its current sixth generation. Executive stylist John Najjar, who was a fan of the World War II P-51 Mustang fighter plane, is credited by Ford to have suggested the name.

National Mustang Day is a program that works as a fundraiser for the Mustang Owner’s Museum, with clubs. National Mustang Day attracts thousands of clubs and individuals from all over the world. One particular day of a year, when the Mustang world unites by taking their Mustangs to the road. Every five years, the Mustang Club of America commemorates that date by hosting a massive MCA event. One can celebrate the day to support the most significant car-community event ever, and make it grow larger each year. The goal of the day is to unite all of the Mustang enthusiasts and drive their Mustang. Post pictures and share your thoughts on social media about National Mustang Day by using the hashtag #MustangDay.

Thank you for reading the post. You can celebrate every day with Happydays365.org and Happy National Mustang Day 2021.