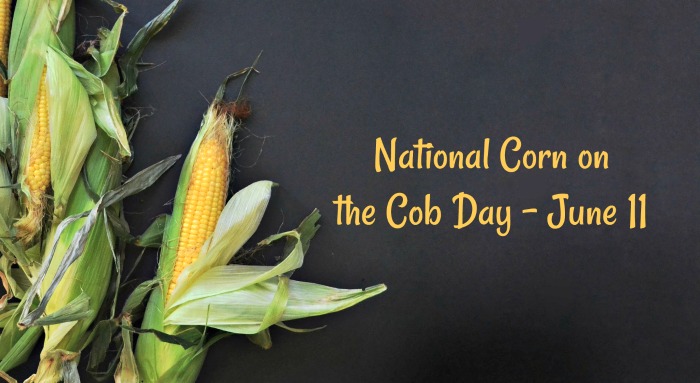 “You call my candidate a horse thief, and I call yours a lunatic, and we both of us know it’s just till election day. It’s an American custom, like eating corn on the cob. And, afterwards, we settle down quite peaceably and agree we’ve got a pretty good country – until next election.” – Stephen Vincent Benet

History of National Corn on the Cob Day

The founder or creator of National Corn on the Cob Day is still unknown. Corn on the cob is a treat in the summertime that people from all corners of the United States of America look forward to as we start the picnic season. There are several names for Cob on the corn according to different regions. Namely corn stick, pole corn, sweet pole, long maize, or butter-pop. Generally, it is sweet corn that is picked when the seeds are still tender when it’s in its milk stage. Boiling, steaming, roasting, or grilling are the most common ways of preparing corn on the cob. If it is roasted, the Corn left in its husk during the process of cooking. The proper dinner protocol for eating corn says it is proper to hold the Cob at each end with your fingers. Hence it is a special day to celebrate the Corn on the Cob.

Other Celebrations on June 11

June 11 is also celebrated as

Celebrating National Corn on the Cob Day is quite easy and very simple to remember. Take the salt shaker and butter ready, gather some of your friends and family members and start your grill, and enjoy some corn on the cob on that day. Don’t forget to take photos while eating and share them with others in social media by using the hashtag #CornontheCobDay.

Thank you for reading the post. You can celebrate every day with Happydays365.org and Happy National Corn on Cob Day 2021.