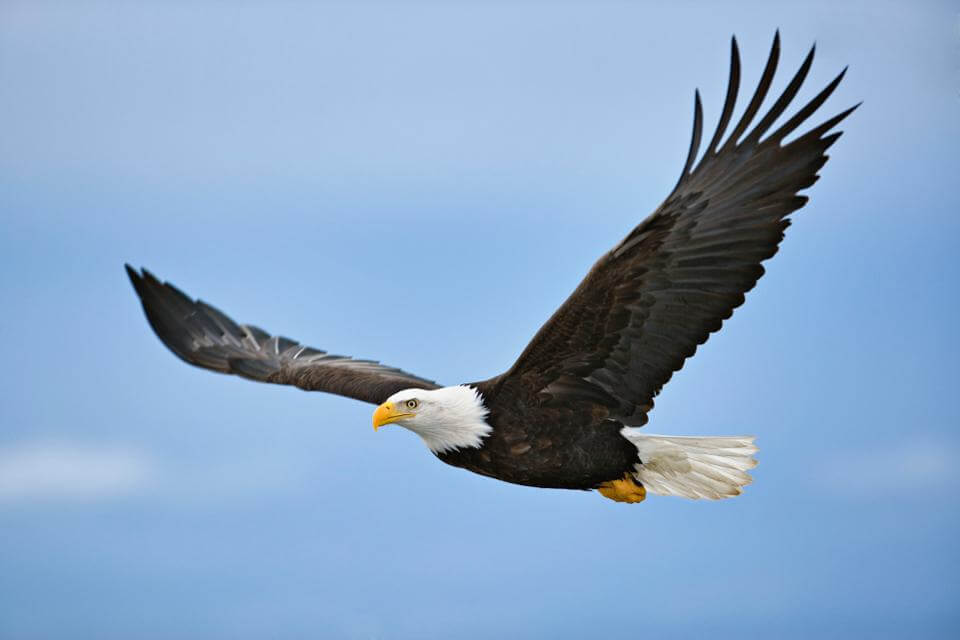 National American Eagle Day is celebrated each year on June 20th. This day is set aside to honor the national symbol of America. The Bald Eagle is both the national bird and the national animal of the United States of America, and it also appears on its seal. In the latter 20th century the Bald Eagle was on the brink of extinction in the continental united states. Eventually, the populations, which is recovered, and on 12,1995 the species were removed from the United States, the federal government. The list of endangered species is transferred to the list of threatened species. The day is created to raise awareness for preserving the Bald Eagle, assist in the restoration of their natural environments and take part in the educational outreach.

“The eagle has no fear of adversity. We need to be like the eagle and have a fearless spirit of a conqueror!” – Joyce Meyer

The simple and the best way to celebrate American Eagle Day is to pick up the piece of cloth with has the symbol of the American National Bird, and show up the national pride. Then you can come out and raise awareness about the endangered status of that beautiful bird. You can make some volunteer to help preserve its place in nature. Or you can watch the D.C Eagle Cam which is a live stream that allows you to know the lives of two bald eagles in the U.S. National Arboretum in 202Washington, D.C. The video camera is fixed inside the eagle’s nest which provides you with snapshots of their lives. Another way of celebrating National American Eagle Day is by visiting any local zoo and look at those species with a naked eye. You can share your views and thoughts on social media using the hashtags #NationalAmericanEagleDay.

Thank you for reading the post. You can celebrate every day with Happydays365.org and Happy National American Eagle Day 2021.