Days of the Week in Yoruba 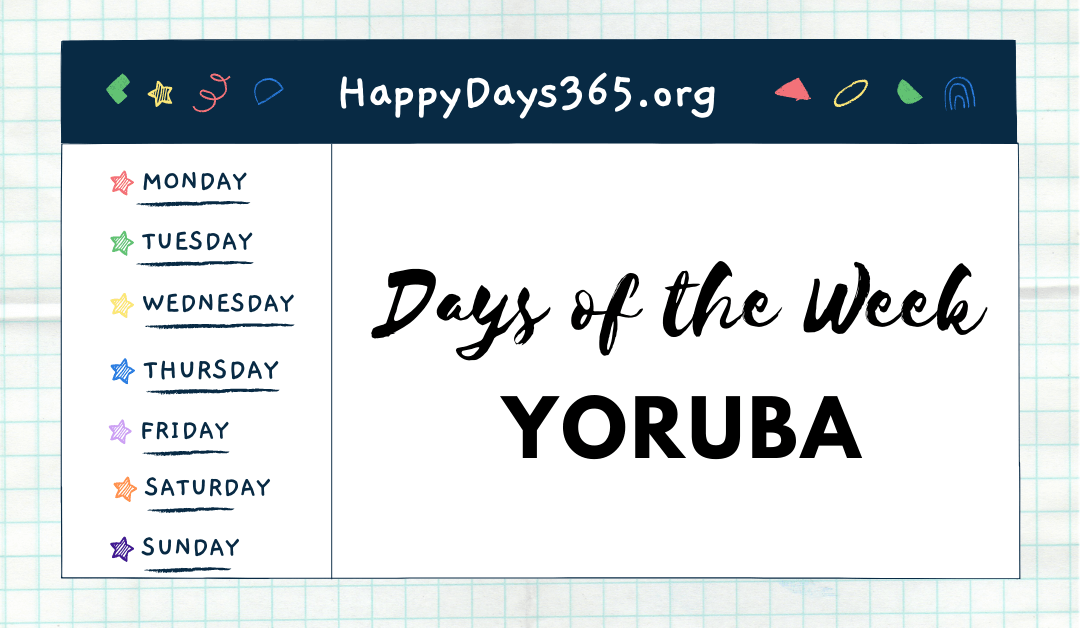 Yoruba is the official language in countries like Benin, Nigeria, and Togo. It was spoken by 50 million native speakers all around the world and people who speak the language are called Yoruba. It comes under the language family called niger-congo. The calendar used by the Yoruba people is called as Kojoda or Yoruba calendar. The calendar has a year beginning on the last moon of May or the first moon of June of the Gregorian calendar. The new year corresponds with the Ifá festival which is one of the popular festivals celebrated in the country just like Christmas and New Year. In the upcoming article, let’s see how to say days of the week in Yoruba.

Related: Months of the Year in Yoruba

How to Say English Days of Week in Yoruba

It is simple to speak and write the Yoruba language and here is the weekly table translated into Yoruba.